IN THE NEWS: Media Coverage on NDU Teacher Retention Poll 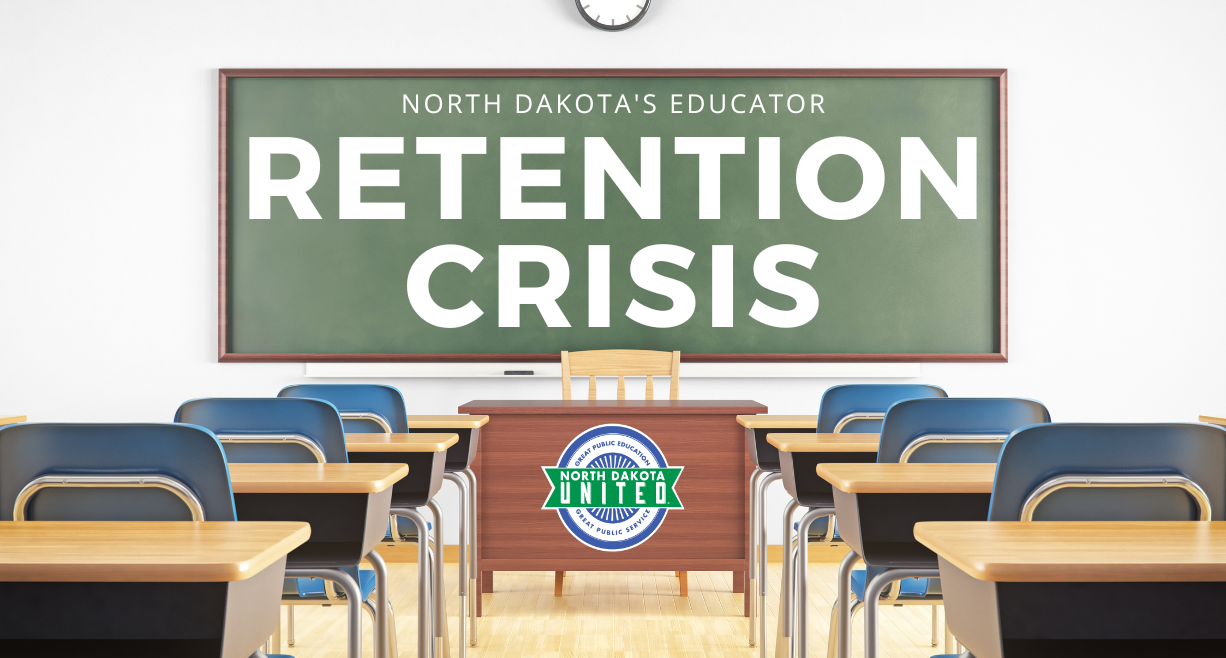 North Dakota United recently released results from a new member survey on concerns our educators are feeling about their profession, and a number of media outlets have picked up the story. We’ve gathered together all the coverage we’ve seen so far in a collection of links below. Click on the headlines below to view the full stories.

BISMARCK — More than a third of K-12 public school teachers in North Dakota are considering leaving the profession and nearly half of those educators cite current political discourse as a significant factor.

That’s according to an August poll of members of North Dakota United, the state’s largest professional union of public educators and employees.

Teachers were asked about their professional satisfaction and factors that are causing some to think about leaving the profession.

The August poll followed polling that was done in January. Both polls were conducted by DFM Research.

BISMARCK, N.D. (KFYR) – This school year, a staggering number of North Dakota teachers have given the education field a poor grade.

“91% thought they would retire as a teacher when they went into that profession. That number is now down to about 45%,” says North Dakota United president, Nick Archuleta.

“We were a little disconcerted by that, you know. We’ve largely gone from a pandemic to a footing if you will to endemic footing and we kind of hoped that we would see a greater improvement in how teachers are feeling about the jobs they do,” said Nick Archuleta, President of North Dakota United.

Archuleta says a growing number of teachers who are considering career change cite burnout, stress, and pay as contributing factors. A majority of those teachers also cite “political discourse” as playing a role in them wanting to leave the job. Archuleta says better pay and higher levels of respect and support for teachers would make a positive impact on teacher satisfaction.

The union released survey results earlier this year, that K-12 teachers had high levels of frustration and burnout, leading them to contemplate leaving the education field early.

According to a new survey from August, 35% of respondents who considered leaving education early last year are still considering it this year.

Joel is joined by the President of North Dakota United, Nick Archuleta. They have a conversation about teachers leaving the industry, as there’s new polling out showing educators are feeling pressure and considering early exits from the field.

Nick Archuleta, ND United President, is in studio on Afternoons Live with Tyler Axness to discuss this troubling survey.