On Sept. 1, 2013, North Dakota United was officially formed. Its creation was made possible by the merger of the state’s two largest professional organization of public workers and educators: the North Dakota Education Association and the North Dakota Public Employees Association. Both associations can point back to long, storied histories within our state, as member-driven organizations that have stood up proudly, together, to organize public workers and advocate for their rights in the workplace, in the halls of the state Legislature, and in their homes and communities. 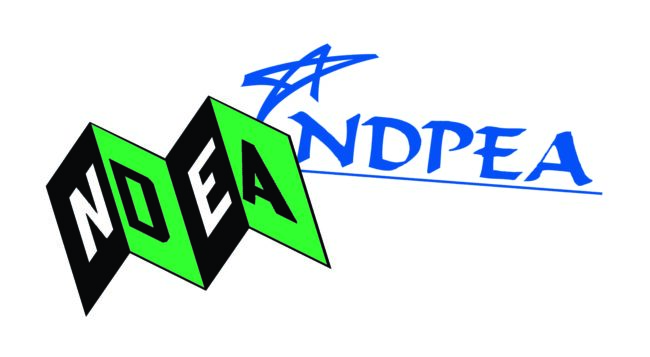 Its constitution stated a two-fold purpose: 1) to advance the educational interests of the children of North Dakota; and 2) to improve the professional status and welfare of its members.

A personnel shortage limited the Association’s early endeavors to hold annual conventions and formulate policy.  In 1921, a full-time executive secretary was employed, a monthly publication was issued, and the constitution was changed to provide for district associations. In 1930, the Representative Assembly was established. To bring the North Dakota Association closer to its members, provision was made for Local Units in 1934.

In 1956, the professional staff was increased to include an assistant executive secretary, an editor information specialist, a director of field services, and part-time field service people. In 1969 the Association retained a Bismarck law firm to provide legal services for the Association and its membership.

The Association became more active in the area of negotiations after 1969, when the state’s first negotiations law was passed. The NDEA’s increased political activity began about the same time. Since then, it has interviewed and recommended for election those candidates who are friends of education as determined by their voting record or their interview answers.

Much of the Association’s activity throughout its history focused in three areas; instruction and professional development to provide inservice training and otherwise aid in improving teacher performance in the classroom; negotiations designed to improve the economic welfare of teachers and educational opportunity of children; and political action to influence and have input into the decisions that affect education.

The North Dakota Public Employees Association traces its beginnings to an organizational meeting in January of 1963. A group of representatives from 18 state agencies and boards, concerned with state employee policies, met to discuss what they considered to be inadequate employee benefits, salary levels, and job security. From this meeting a legislative committee was formed to review legislation regarding employee health insurance and retirement plans as proposed by the North Dakota State Highway Employees Association. A Legislative Advisory Committee was also appointed to give assistance and guidance during the coming legislative session. Although the proposed retirement bill was lost in the Senate, the Committee’s efforts contributed to successfully passing an employee health insurance bill which included an amendment adding life insurance.

Encouraged by their success in the legislative session, the Committee sought out other employees interested in forming an organization to promote employee rights. As a result the North Dakota State Employees Association was established in May of 1964. The purpose of the Association, according to the Articles of Incorporation, was (in part) to promote and establish:

By the end of the first year, the Association had increased to 1,610 members organized into seven chapters (as well as the Highway Employees Association) in the Bismarck area. Members targeted passage of an employee retirement plan as the primary goal during the 1965 Legislative Session. Their intensive work and study were rewarded when a State Employee Retirement Plan was passed by the senate in March of that year.

Over the next decade the membership and strength of the Association grew steadily. Due in part to lobbying by the Association, members at the state colleges received increased benefits, the Governor’s Standard Personnel Policy was drafted, minimum wages were increased, and many other benefits were secured for state employees. In 1975 the State Personnel Board was formed to review the classification and merit systems, personnel policies and other employee programs with the intention of establishing a unified system for all state employees. The Personnel Board could also serve as arbitrator in settling grievances broached by the Association.

Membership in the Association was initially restricted to state employees and an ongoing debate centered upon the possibility of extending membership to county and city employees. In 1980, the title of the organization was changed to North Dakota Public Employees Association in order to reflect the importance of achieving improved benefits for these employees as well.

In 1989, the organization chose to affiliate nationally with the American Federation of Teachers/Federation of Public Employees. This move bolstered NDPEA’s ability to face emerging issues such as the privatization of public services and to extend its lobbying reach to Washington, D.C. where more decisions are being made that affect our jobs. It also added greatly to NDPEA’s consistent drive to bring collective bargaining to all public employees. This enabled its members to have a stronger voice in determining salaries, benefits and working conditions. As the foremost backer of collective bargaining, NDPEA created new opportunities for public employees to capitalize upon for improving our careers and the quality of the important services we provide.

Throughout both organizations’ histories, the two groups often found themselves on the same side, in fighting for the rights of workers in the Legislature, and pushing back against attacks in government or in voter resolutions that would cut tax revenues in the state. For decades, there was talk on both sides about the possibility of merger.

Possibilities became reality as the two organizations began official discussions on merging in 2009. In 2011, the NDPEA and NDEA representative assemblies overwhelmingly approved a mission statement and principles of unity presented by the Unity Team (which consisted of members of both unions). The assemblies authorized the Unity Team to draft a constitution and bylaws for a new, merged union that reflected the mission and principles.

On Feb. 2, 2013, at a historic delegate assembly held in Bismarck between representatives for both NDEA and NDPEA, both groups voted overwhelmingly to approve merger, and officially aligned more than 10,000 members into one single camp. North Dakota United was born.

Nick Archuleta, an instructor from Century High School in Bismarck, was voted into office as president of NDEA in June, and under the transition agreement, he became the first-ever president of North Dakota United upon its formation.

The merger brought all its combined members into alliance with the nation’s two largest education labor unions, the National Education Association and the American Federation of Teachers. By doing so, North Dakota United members have access to the combined programs and benefits from both organizations. The merger increases solidarity on a national level between professional educators.

Together, 11,500 combined members of North Dakota United have been brought together to speak in one large, unified voice, on behalf of all our public employees and educators in this state. This proud organization is able to trace its roots back deep, before North Dakota was even a state, and can draw on that history as it looks forward to a bright future of bringing fundamental changes in the lives and working conditions of the public sector.