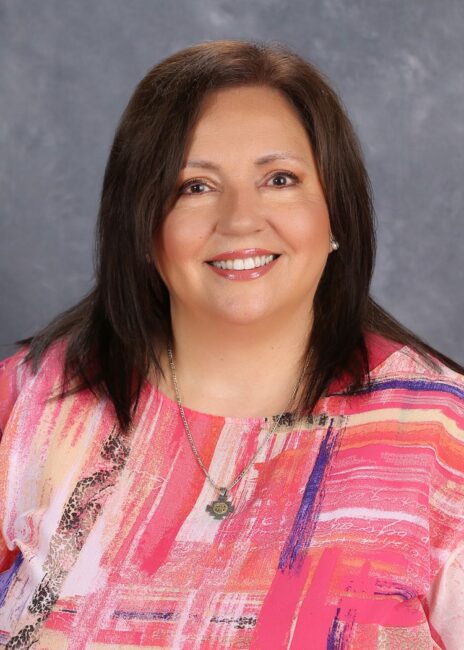 Alicia teaches on interactive television from Cavalier and Park River to four other high schools in northeastern N.D.

She was elected and served as the National Education Association (NEA) Director for N.D. for two terms. She was appointed by NEA’s president to serve on the Human and Civil Rights Committee in Washington, D.C., also for two terms. She was selected to participate in the Magna Carta Human Rights Project by NEA, in conjunction with the National Union of Teachers (NUT) in England. She was voted by her peers on the NEA Board to be a delegate representing the U.S. at the World Congress of Education in South Africa. Bata is a National Trainer on the ELL Cadre and on the NEA Cultural Competence team. She is also an N.D. presenter of the “I Can Do It” classroom management workshop.

Bata was born in Buenos Aires, Argentina, and received her Bachelor of Arts degree, teaching certificate, ESL/Bilingual endorsement, and Master of Science degree in Education with a cognate in Bilingual Education from the University of North Dakota. She is married to a N.D. farmer, Bill, and has four children and three grandchildren.