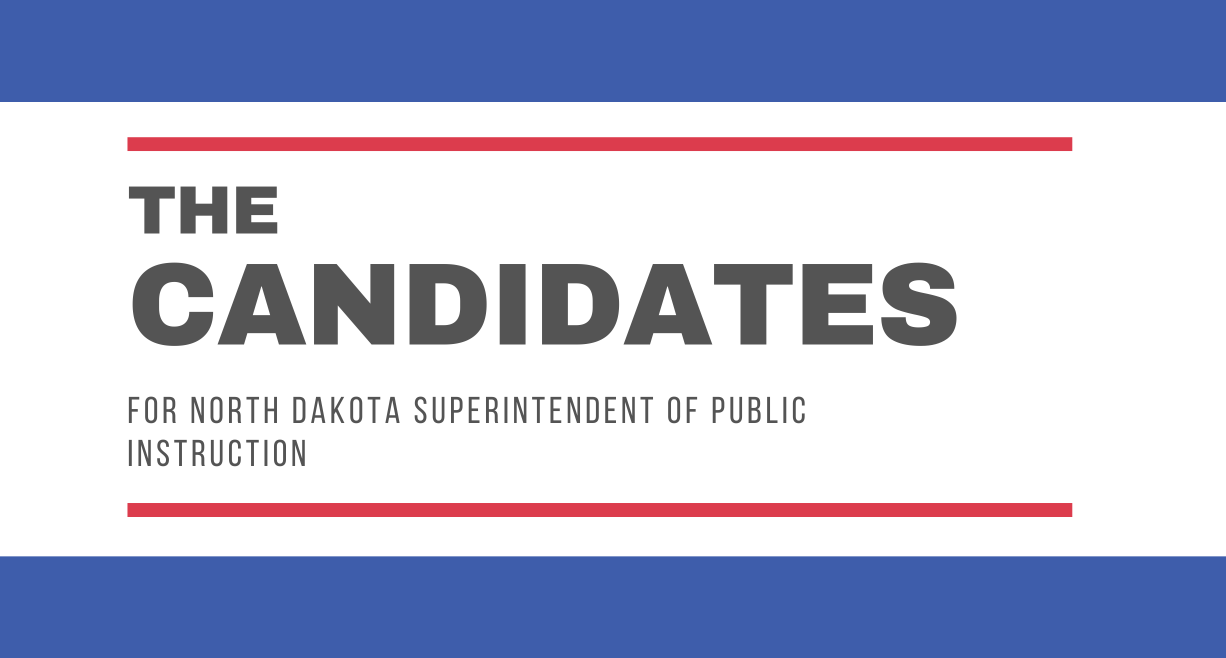 Make sure you know where the candidates for ND Superintendent of Public Instruction stand on the issues of quality public education and public service. 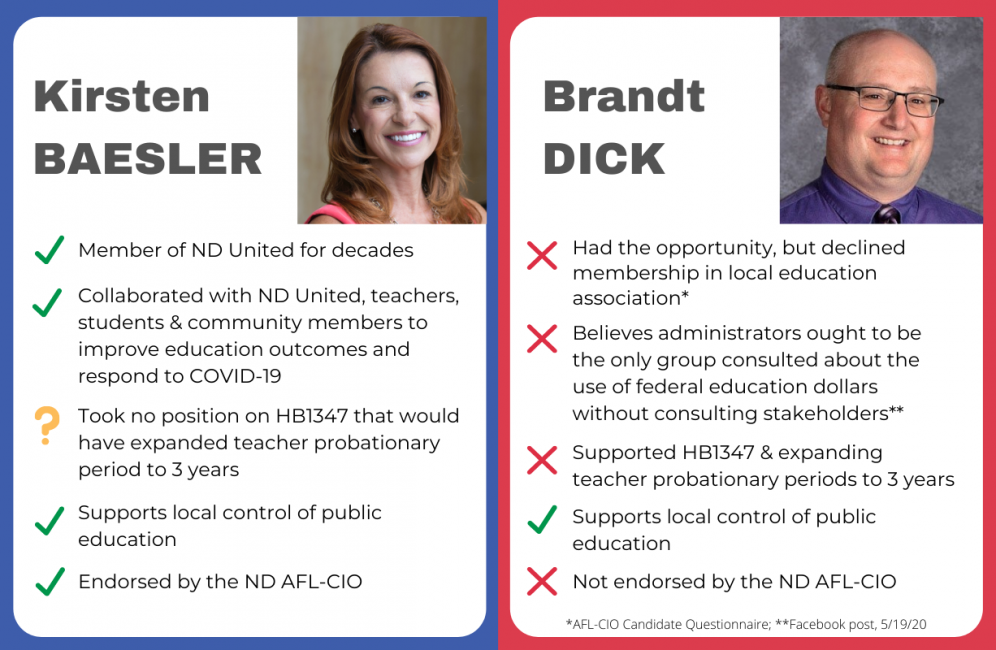 During Superintendent Baesler’s time as an educator and currently as the Superintendent of Public Instruction, she has been a member of North Dakota United. She is also one of the ND AFL-CIO labor endorsed candidates for November 2020.

Throughout her time as the ND Superintendent of Public Instruction, Baesler has worked collaboratively with North Dakota United members, teachers, students, and community members to improve education outcomes across our state. This holds true for her approach to the COVID-19 pandemic. She ensured all stakeholders had a voice in the response.

HB 1347 sought to triple the amount of time a teacher could be let go without cause. Baesler took no position on the bill.

According to his response to an ND AFL-CIO questionnaire, Dick stated that he had the opportunity to join his local education association, but declined membership. That said, Dick is NOT an ND AFL-CIO labor supported candidate.

In a Facebook post on 5/19/2020, Dick called out Superintendent Baesler for consulting parents, teachers and community members on the best way to spend $3 million the Department of Public Instruction received from the Federal Government. Dick stated that if he was elected the Superintendent of Public Instruction, he would only consult administrators about budget decisions.

Dick unequivocally supported HB1347 which tripled the amount of time a teacher can be let go without cause.

Dick does, however, support local control of public education.