What We Can Learn From Virginia

As I write this, I am digesting the results of the Virginia gubernatorial election. ... 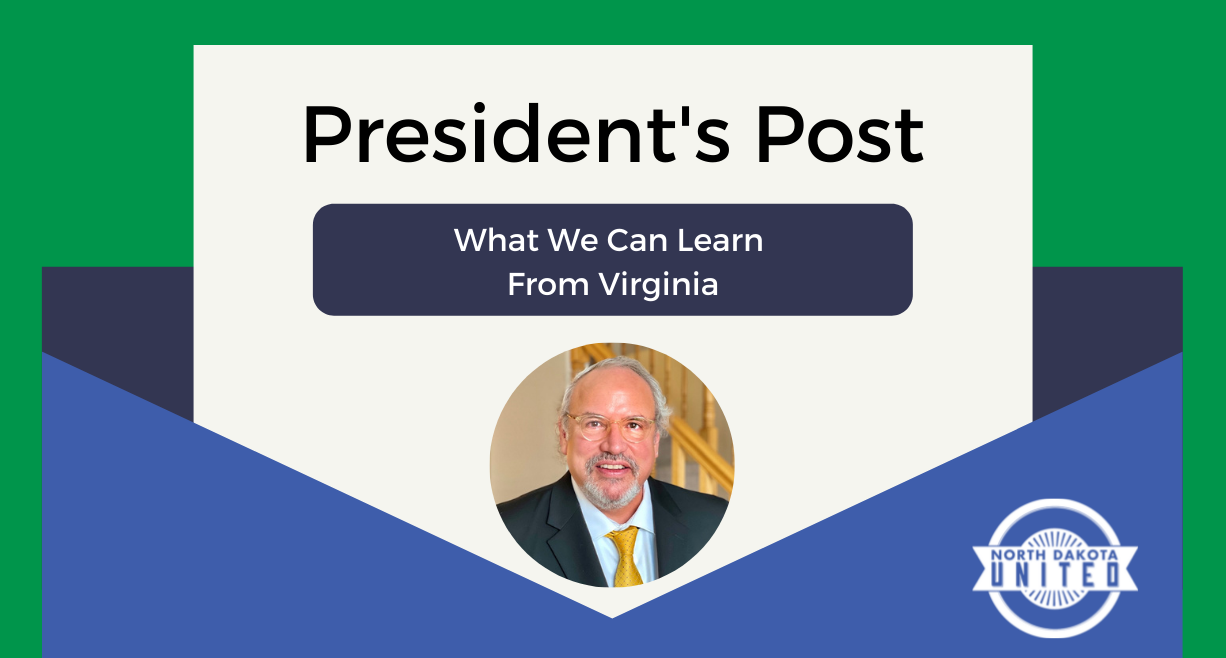 Home ＞ Article ＞ What We Can Learn From Virginia
Posted in

As I write this, I am digesting the results of the Virginia gubernatorial election.  What is clear is that in addition to the candidates for governor, education was on the ballot.  One exit poll I saw showed that education moved from the number three concern of voters in September to the top concern when they went to the polls on November 2.  So, what propelled education to the top of the list?

First, the closing of schools in Virginia, mask mandates for schools, Critical Race Theory (CRT), and a clumsy remark by the Democratic candidate, Terry McAuliffe.

The first issue, closing schools during the pandemic, was a hot button issue driven by frustration with distance learning and the effects of interrupted learning on academic achievement by many children.  The second issue, requiring face masks in schools, came to be perceived as an assault on personal freedom rather than an honest effort to mitigate the spread of the Coronavirus.

The third issue, Critical Race Theory, became a torch used to enflame many in Virginia into believing that public schools are indoctrinating children into believing the very worst about America, even though CRT is not taught at the K-12 level in Virginia or anywhere else in the United States.

The last issue, Terry McAuliffe’s remark, “I don’t think parents should be telling schools what they should teach,” understandably upset many voters despite what McAuliffe said about that line being taken out of context.  For many people, that remark was the last straw and likely caused them to vote for Governor-elect Glenn Youngkin.

These issues, save the last one, are not unique to Virginia.  Here in North Dakota, we have debated distance learning, face masks, and CRT.  Our schools returned to face-to-face learning sooner and, thanks to great teachers, more efficiently than most states.

Every school district has made their decision regarding face masks with relatively few requiring their use.  For good or ill, each district is living with its decision.  Critical Race Theory, despite the efforts of some, has been a relatively minor issue, probably because North Dakotans understand that ND’s teachers teach to standards developed by ND teachers, for ND students, and approved by locally elected school boards.

As we await the beginning of a Special Legislative Session beginning November 8 in Bismarck, some legislators will promote the old adage that “culture trumps policy.”  The delayed bills committees in both chambers will hear bills related to vaccine mandates, CRT, responsibilities of pharmacists, and standards for instruction on race, gender, sexuality, and equality.  Some legislators cannot resist the temptation of saying “me too” to bills that fire up their base.  That’s politics, I guess.

In my view, I had hoped that the legislature would tackle some of the more pressing needs in our state. The legislature should encourage school districts to use some of the ESSER III money given to them to provide COVID related paid leave for teachers who contract the disease simply because they show up for work.  Or perhaps it could help support ND families by investing in affordable childcare.

At a time when it is equally expensive to send a child to NDSU as it is to send an infant to daycare, families would appreciate the help of their state so that they could return to the workforce and fill jobs that make our communities thrive.

Since that is not likely to happen, my hope is that the legislature rejects all bills that are unrelated to the pressing needs of the state.  Legislators should pass the redistricting plan and spend the $1B given to our state by the federal government.  Then, they should all return home and prepare for the 2023 regular legislative session.