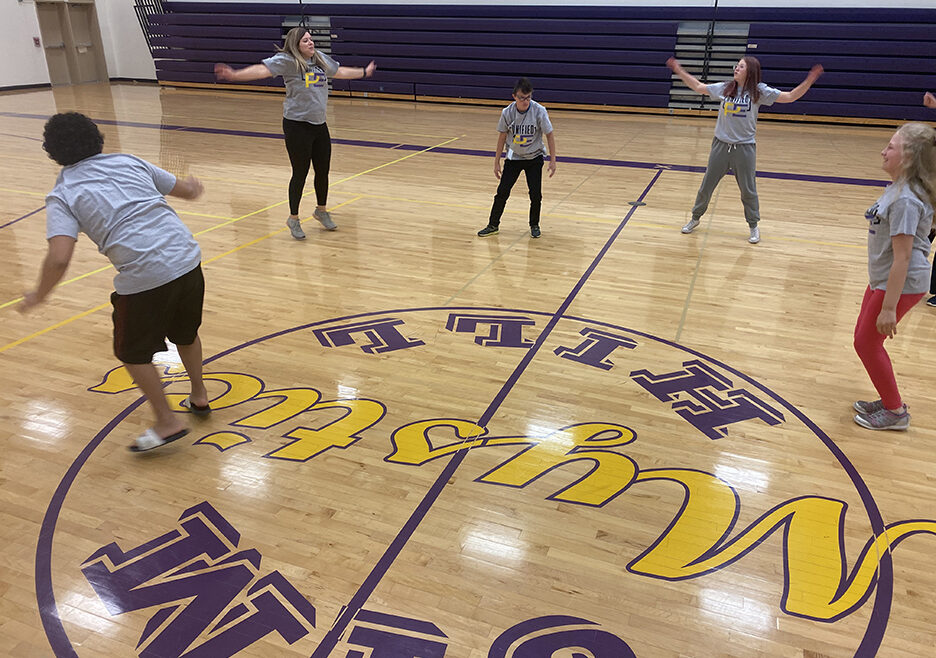 A co-worker approached Ali Monley a couple of years ago with an idea to start an inclusive physical education class in Minot.

COVID slowed things down, but this year eight student mentors are working with 15 students of all abilities. “I want this to unify our school environment and school body,” said Monley, a physical education teacher at Jim Hill Middle School. “That we are one. It doesn’t matter your ability, and that we can really just grow that and grow their appreciation for one another and all of their abilities, no matter what they have.”

Monley has already seen signs of growth for all involved. Friendships have formed as the students interact, skills have improved through additional instruction, thus leading to more enjoyment of the class.

“It’s my goal, eventually, to have them sit down with them, and have lunch with them, and maybe go to a school party with them, but I just wanted everybody together,” she said. “I didn’t want the separation because these are the students that you’re going to graduate with, that you’ll see in the hallways up until their senior year.”

Laken Mikkelson is one of the peer mentors. “It has surprised me that how the first time we met these kids, they were really shy and now they’re really outgoing with us,” Mikkelson said. “We have a ton of friendships in this class now. The first day we were all scared, and it’s just gotten really good.”

Candice Deaton is another eighth-grade mentor. “When it first started, I didn’t expect it to go this good,” Deaton said. “But it’s been going really good.”

Frankie Rivera says he’s made some new friends and gets to do a lot of activities. “We play volleyball, basketball, we go on those, we also do dance, we also have kickball, baseball, T-ball, we also have … I mean, I’m sure we have a lot more, but that’s the top that I can think of,” Rivera said.

From a class with limited interactions to one of inclusivity, Mystic Mentors are working to create a unified school at Jim Hill.