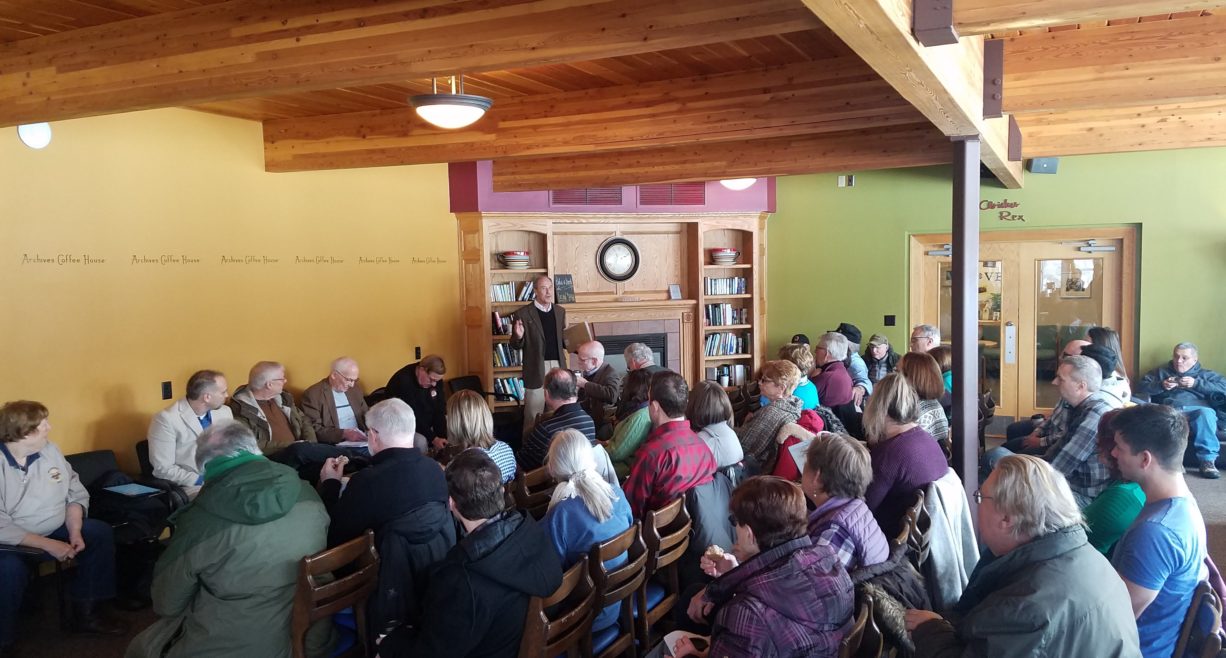 The University of North Dakota is older than North Dakota itself. Founded in 1883, UND has been a witness to our state’s entire history. Over its impressive tenure, UND has been a hotbed for social consciousness and collective action. The university provided free housing for workers during the Great Depression, and in 1970, more than 1,500 students gathered to protest the Kent State shootings, still the largest demonstration in UND history.

Making waves is nothing new at UND, and now there is another movement growing on campus to support the indispensable employees that make UND the respected institution of higher learning it is today UND United is the local affiliate of North Dakota United at UND.

In the fall of 2018, this group took the leap from being a chapter of our statewide ND Public Employees local, to becoming their own local in Grand Forks.

Increasing threats of privatization and a variety of bubbling issues created a sense of urgency for the dedicated NDU members at UND, and they coordinated with NDU organizer Courtney Schaff to create a petition and distribute it across campus, demonstrating opposition to the university’s attempts to privatize the Building Services Department.

The petition garnered over 250 staff and faculty signatures, and the push to privatize Building Services has since lessened. Still, the members at UND knew they needed to keep the pressure on, and that privatization is only one
issue among many that needs to be addressed.

UND United President Darin Buri is what you might call a reluctant leader. He wasn’t sure he was the right person for this role, but through the encouragement of his co-workers, he decided to run for President of UND United.

The push toward privatizing Building Services struck Buri as contrary to the mission and values of the University to which he has given close to 20 years of service. The employees tasked with maintaining the physical spaces at UND are trusted with coming in and out of private offices and have access to sensitive conversations and materials.

“We have a relationship with the Building Services staff,” Buri said. “We trust them because we all have a vested interest in UND and its mission. We know they care about this place and its students. These employees aren’t in the abstract; they are real people with real faces, and we care about each other.”
When these important roles are privatized, that sense of community and accountability can be lost. It was time for everyone at UND to step up.

Tom Peterson has been a Building Services staff member for nine years. He became an NDU member organizer in the fall of 2018 and had a front-row seat to the resistance against privatization in Building Services. Being supported by his fellow NDU members campus-wide has made a huge impact on Peterson. “I used to think that unions were just about fighting over money and nitpicking, but I realized being a part of a union is about coming together and doing the right thing,” he said. “I love that NDU member meetings give me the feeling of unity across the campus. We support each other, and we are all UND employees. It doesn’t matter how much money you make; we all want to make the university a great place for employees and students.”

Privatization wasn’t the only issue UND United has faced this past year. Raises have been hard to come by for many public employees, and it’s no different at UND. On top of that, there was a move to significantly increase parking fees for employees, which would have been economically devastating to many employees. Once again, UND United gathered and took collective action to address these pressing concerns.

A legislative forum was held in at UND in March 2019, and the room was packed with NDU members. “The forum would never have happened without North Dakota United,” Peterson said. Because of the galvanized solidarity UND United had created, legislators took notice.

Buri shared that “the legislators stuck up for our staff and said that they allocated funds so that UND could give raises, not over assess fees like parking for staff.”

After the forum, legislators said that hearing directly from employees was crucial in their decision to implement salary raise minimums, ensuring that raises didn’t leave out vital employees like Building Services staff. “Senator Kreun called me several times to discuss these issues,” Peterson said, “and he also said that the legislators were talking about the forum and our stories. I really felt like it made a difference.”

In addition to the legislative forum, two subsequent forums were held about the parking fees specifically, which drew hundreds of concerned employees and community members. UND administration subsequently announced
there would be no changes to the parking fees for the 2019-20 school year.

“We accomplish something every day,” Buri said. “It’s not just one person complaining anymore, it’s a group of people working on solutions. We went from a bunch of individuals to a united team.”

“I like the feeling that we are all in it together to make positive change,” Peterson added. “We support each other.”

How do we make this momentum contagious (across North Dakota)? How do we reach across campuses, state agencies, K-12 schools and everywhere in between to come together for change? UND United President Buri has some closing words of wisdom on the subject. “You don’t have to be anyone special; you just have to step forward, be willing to talk to people and stand up for what you believe in.”

Are you ready to step up? Your entire union of 11,500 members statewide is here to stand with you and be a resource on that journey. Contact us at comments@ndunited.org to talk about a developing a plan for your worksite.  Change is possible, let’s start today. 18 months from now, what story could we write about you?