True Professional Valley City music teacher was finalist for Teacher of the Year By Kelly... 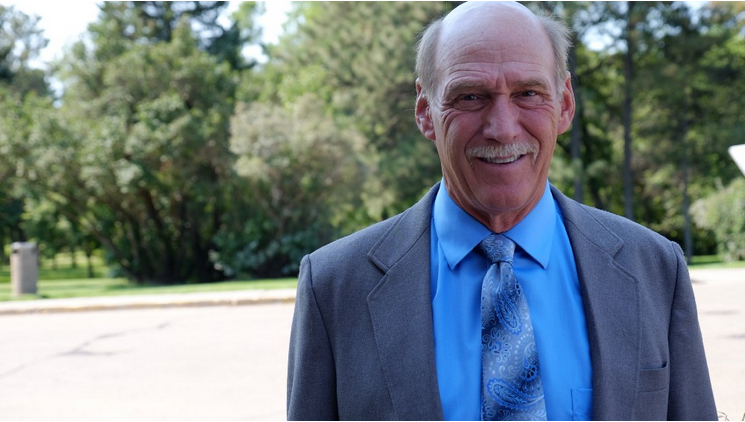 Valley City music teacher was finalist for Teacher of the Year

For Thomas Kjelland, an instrumental music teacher at Valley City High School, inspiration to teach and to play music came early from a special educator and friend. “My first band teacher was terrific,” Kjelland said. “When I told him I wanted to play the biggest instrument in the band, he was very supportive. A scrawny, little fifth-grader who could hardly hold a sousaphone did not seem a likely fit, but Mr. Peterson encouraged me, arranged for a special chair that would support the sousaphone and gave me as much help as I need.”

Now, Mr. Kjelland plays that same role in the lives of the students who he teaches and supports. “I believe my greatest contributions are giving the students the knowledge and skills to be able to enjoy an activity long after their athletic days are over,” he said. “I tell the students they have a special talent. Most people can sing any time, but to be able to play an instrument is a special talent they have honed, and even if they do not use it all the time, it is a skill that is always with them.”

Kjelland grew up in his home community of Valley City. He graduated from Valley City High School, and received his Bachelor of Science degree, with a composite major in instrumental and vocal music, from Valley City State University. “I have lived in this community my entire life,” he said, “so I know the area and residents really well.”

As an educator in his community, Kjelland feels it is his responsibility to act as a professional and set the right kind of example for those around him. “That is what teachers are — professionals,” he said, “as they have been trained professionally to work with young people in a special way. Teachers should carry themselves with dignity in the classroom and in the community. I have told my son, who teaches in Oakes, that no matter where you are or what you are doing, you are still a teacher in the eyes of the students, parents and community, so make sure you act accordingly.”

“I believe my greatest contributions are giving the students the knowledge and skills to be able to enjoy an activity long after their athletic days are over.” — Thomas Kjelland, North Dakota Teacher of the Year finalist

He considers it a great honor to have been named the 2015–16 Valley City Public Schools Teacher of the Year, and a finalist for North Dakota Teacher of the Year, but he freely shares these accolades with his fellow educators in Valley City. “It’s very exciting,” Kjelland said. “It means I’m representing a fabulous staff. It reflects what we do in this school and I was lucky enough to get chosen.”

Kjelland has been a member of Valley City Education Association since he began his stint as Valley City High School Instrumental Director in 2005. Being part of his local association has helped him to feel more assured as a professional educator. “It means I’ve got backing in the classroom, if I need it,” he said. “It keeps you up on trends. The information you get from membership is fabulous. It’s just the security of getting new information and having help if you need it.”

Kjelland is most thankful for the personal support that teaching has brought into his own life. “Teaching keeps you young, first of all,” he said. “Working with kids is amazing. I get kids for seven years, so I get to watch them from little kids to young adults, and how they grow. That I can be a part of that is just great.”