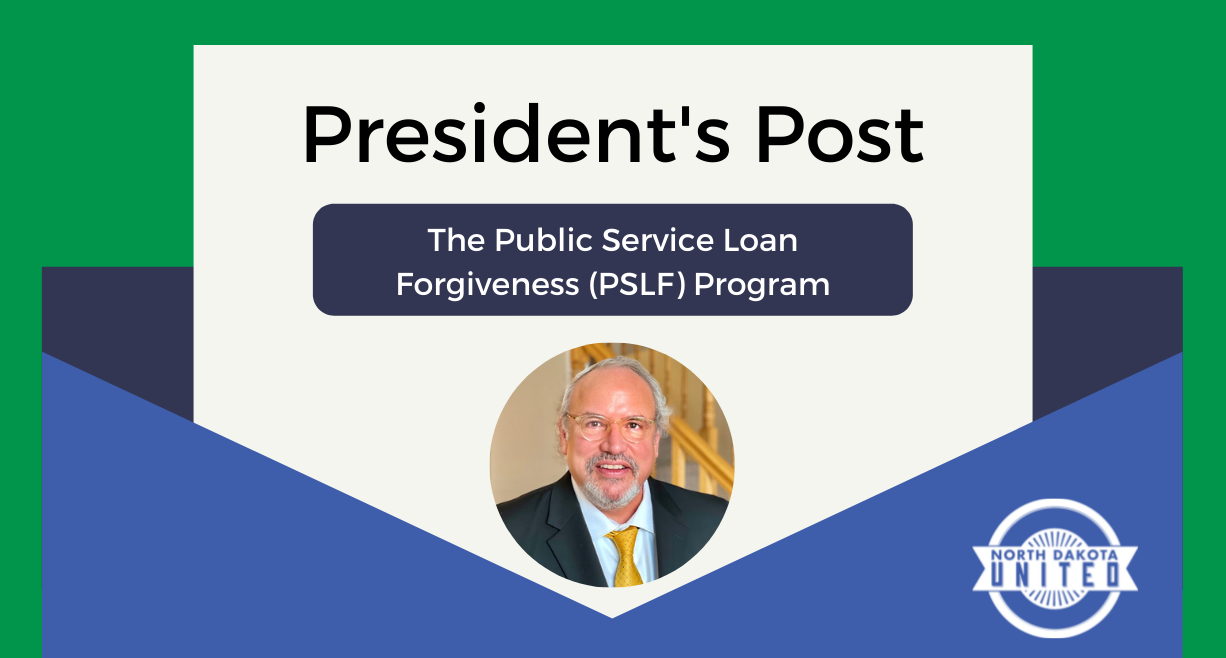 On October 21, AFT and the US Department of Education announced that they had reached a settlement in the case Weingarten v. DeVos of the administration of the PSLF Program.

During the previous administration, the Department of Education and Secretary DeVos wrongly denied relief to tens of thousands of qualified applicants. As a result of the settlement, these individuals and more will have their applications evaluated fairly on their merits with the likelihood of more of them being approved.

This is very good news for the thousands of dedicated public servants including teachers, nurses, firefighters, state employees, and others who work to ensure that the public receives the services they need and deserve. To qualify, those who work in public service will have to have paid on their loans for 120 consecutive months. After ten years of consistent payments, the remainder of their education related loans will be forgiven.

I sent this statement to the press:

“All of us at North Dakota United wish to extend our gratitude to Dr. Miguel Cardona and his team at the US Department of Education for redirecting USDE policy so that the Public Service Loan Forgiveness (PSLF) program finally works in the way that Congress intended.

In North Dakota, on average, a graduate of one of our fine colleges of education can expect to graduate with twenty-eight thousand dollars of education related debt. Other public employees face similar financial stress as they take employment with governmental agencies.

In most cases, these dedicated public servants provide the vital public services that all North Dakotans depend on for a wage that is eight to twelve percent less than those with the same level of education and experience who work in the private sector. The PSLF is not a handout, it’s a way out of crushing debt that delays public employee participation in our economy and slows North Dakota’s economic engine.”

Nationally, higher education has not been immune from the negative effects of the Coronavirus pandemic. Since the onset of the pandemic, enrollment in our nation’s colleges and universities has declined some 6.5% according to the National Student Clearinghouse Research Center.

At ND United, we are consistently advocating for increased investment in our institutions of higher education because we know that higher education in ND is an economic driver that benefits not just our campus communities, but our state as a whole.