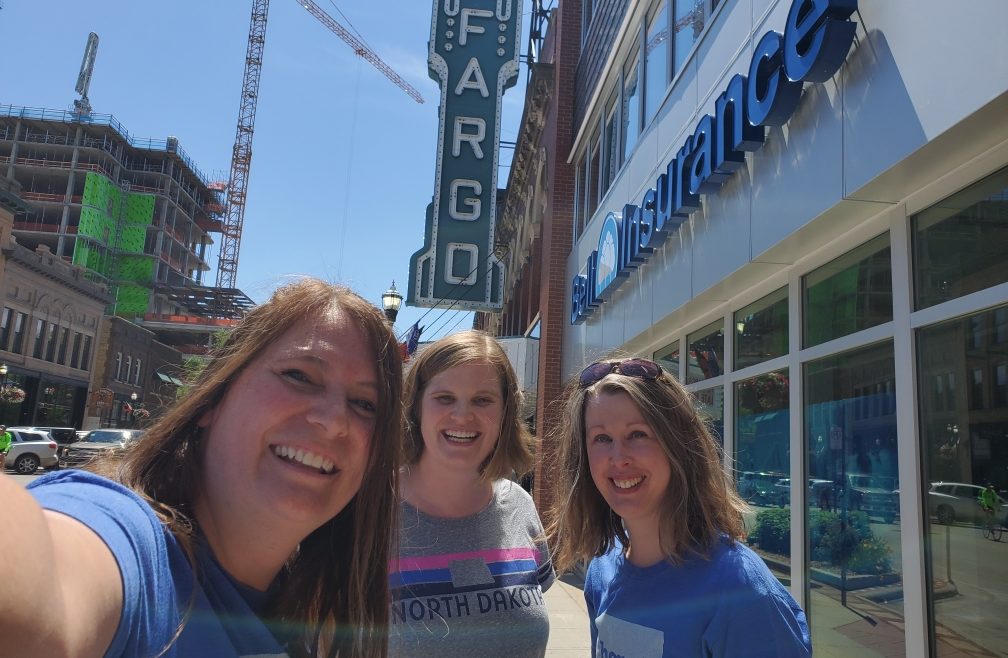 That’s the question that North Dakota United member Kim Rensch has for everyone in our union. She, a middle-level language arts facilitator and gifted services facilitator for Fargo Public Schools, is working with fellow NDU
member and teacher in Watford City, Erika Dyk, and Angie Hase, a teacher in Moorhead, Minn., on a project called Write130! Their goal is to collect 130 new stories on their website, www.myndstory.com, from people all over the state in time for the 130th anniversary of North Dakota’s statehood, on Nov. 2, 2019.

“Our goal is to build community through storytelling because North Dakota is a character in all of our stories,” Rensch said. “As teachers, it’s important to us to both nurture literacy skills and help our students know that being from North Dakota is something to celebrate, rather than to feel marginalized on the larger global stage.”

Their writing group first started in 2012, as Rensch got involved with the Red River Valley Writing Project at North Dakota State University. “We started a writing group from that fall after the annual Summer Institute of 2012. And that fall, there were, I think, about 11 of us who continued in a writing group and those numbers kind of dwindled over time. … but in one of the smaller groups, it was just myself and then Erika Dyk, who at that time she had left the classroom to be a grad student and was getting her master’s degree at NDSU, and she was joining us for these writing groups. And I said to her one time, ‘You know, I keep thinking about how the state of North Dakota is changing so much.'”

Dyk was in a class that required her to build a website, and they teamed up with Angie Hase to begin building their site. “We decided that we wanted this open to the community, but it’s also teacher-centric and student-centric. So, we started to build it so that teachers had resources to use in the classroom to encourage students to tell stories. It’s free, so anybody could come along and submit a story. We don’t have an age limit on there, so kids to elderly can tell their story.”

They officially launched their website in 2015 at the North Dakota Council of Teachers of English Summer Conference. “We did a round-table session,” Rensch said. “There was, I think, about 20- to 30-minute session, and teachers could come around, and we did a quick little writing (exercise) to generate some ideas that other people could write for their story. There was one teacher who took that back to his students, and had some high school students writing stories.”

Their group has also facilitated writing exercises with senior citizens. “In the fall of 2017, Angie and I did a writing workshop with Touchmark assisted-living facilities because we thought it would be a great way to try to capture
some older voices and the history of the state. One woman started writing stories for her children and grandchildren, and that was going to be one of their Christmas gifts that year. … And such a vibrant community! You might think a retirement home would not be that active, but they’re very active there, and it was a great place to go and get those voices.”

All North Dakota United members, in K-12 and higher education, public employees, retired members and students, are urged to contribute your stories for inclusion on the My North Dakota Story website. Just visit www.myndstory.com and click on “Submit Your Write 130 Story” or read some of the stories their team has already compiled.

Rensch said that the My North Dakota Story team is pursuing a partnership with libraries across the state to host writing workshops on Saturday, Nov. 2. They welcome any and all participation from NDU members, and their students, friends and family. “We’re just trying to find a way to build community,” she said, “and one great way to do that is through storytelling.”