STEM Days Are a Hit in Hazen 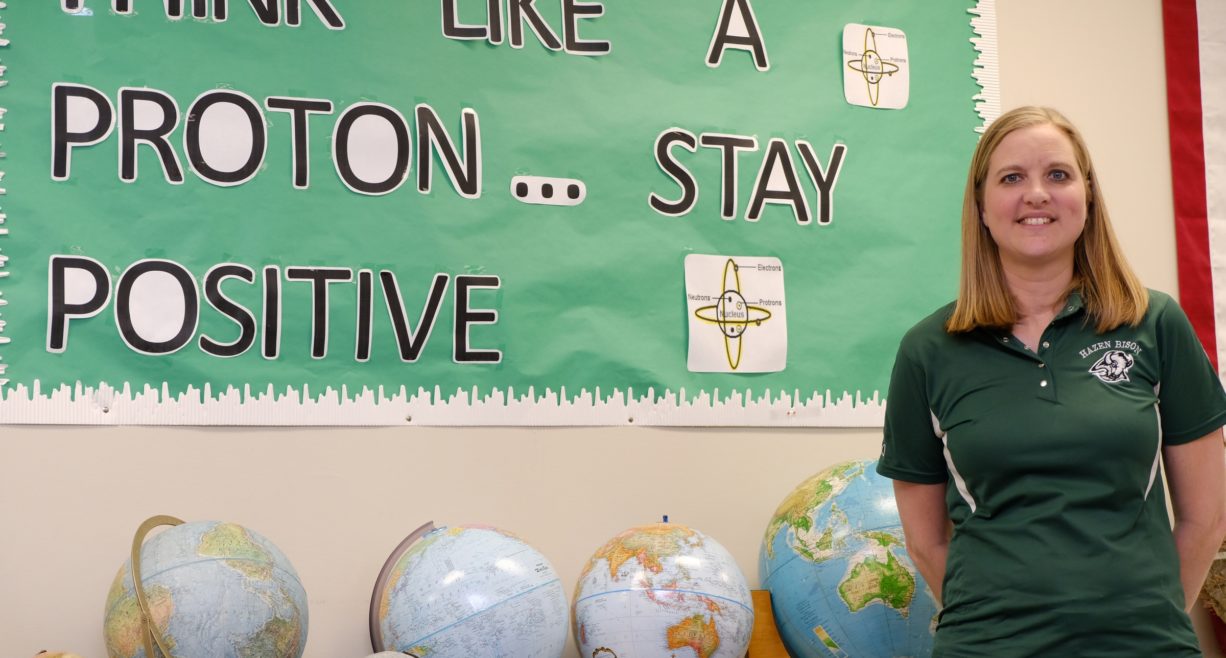 Home ＞ Article ＞ STEM Days Are a Hit in Hazen
Posted in

One of many challenges facing educators from across North Dakota, and the whole country, is how do we best prepare students to be workers in a landscape that is changing so rapidly that the jobs they will one day hold likely don’t even exist yet? And we’re seeing the answers coming out of every corner of our state, in communities large and small.

In the small, rural community of Hazen, N.D., science teacher Patty Mosset has risen to the challenge by creating STEM Days for the Hazen Middle School. For a full day, students are placed into “companies,” and each student is given an occupation. If you’re the manager, you are in charge of the project and overseeing all your teammates. “They may be an engineer or an advertising specialist or some other career that pertains to the project,” Mosset said. “They work at that profession for the day, and they’re all given one problem to solve or something to invent.”

Mosset first got the idea for STEM Days from a professional-development session from the North Dakota State College of Science. “NDSCS has a STEM outreach program,” she said, “And they actually offer some supplies and some lesson plans.” They’ve used some of those lesson plans as the basis for STEM Days, including one in which oil needs to be cleaned out of  a body of  water. “They have this hydrophobic sand as one of their supplies,” she said, “and the students were using that to create an invention. They have to bring it in for a price; they have to explain; how did we make this? How much is it going to cost? How much would it cost to clean this up? What would our employees get paid?”

At the end of their projects, the teams have to present their plans and findings to a panel of experts from the community. “Typically, we try to bring in maybe one or two people that aren’t parents, but then a lot of parents, just because especially at the middle school level, they’ve kind of been removed from the classroom parties and all this stuff. But it’s still kind of fun for the parents, and for them to see their kids and what they’re doing.”

They try to match up judges with backgrounds that fit well with the scenarios. “When we did the zombie one, we tried to have some nurses and physician’s assistants, people in the medical field, and one of the parents was a funeral director,” Mosset said. “And so we just kind of  tried to have somebody with some background in the sciences, and then maybe a business owner, somebody who would know … We’ve had engineers from Coyote (the lignite coal-fired plant near Beulah), from DGC (Dakota Gasification Plant), and we call it a boardroom or judges panel.”

Students compete for prizes, such as special T-shirts made by the Business class, cookies made at the school and a free assignment pass. “Typically, that’s been kind of how we’ve done it, as more of a reward than a grade,” Mosset said. “And I think that’s probably maybe a little easier. Most parents are really supportive of trying something new. I think parents who have been here and been judges have all been able to see the value in providing your kid that opportunity. It’s been great. And our administration and our staff  has been very supportive.”

“I think it’s a really good project for them,” Mosset said. “Sometimes the students will be like, can we pick our own teams? And I say, that’s not the reality of life. You don’t get to pick your co-workers. And that’s one of  the most important things that I think they gain from this is the teamwork aspect because inevitably there’s going to be somebody who has a different idea than you, or maybe somebody isn’t doing their fair share and you have to pick up the slack, because in the end you have a deadline and it has to be done.”

And those soft skills of learning how to work in teams is so valuable to students as they go out into the world and take jobs where they need to know how to work alongside co-workers with different viewpoints and styles. “I feel like this gives the opportunity for those students who maybe aren’t as good at the memorization piece, but they’re really good with their hands, they’re able to build, they have great people skills,” Mosset said. “It really gives those students the opportunity to shine on those days because it’s just out-of-the-box activity that they don’t have to transfer information from a book to a worksheet. Because that isn’t real life. I think it’s so important that students get those opportunities.”