“The thing that would make him so pleased is the (North Dakota United Foundation) scholarship.” 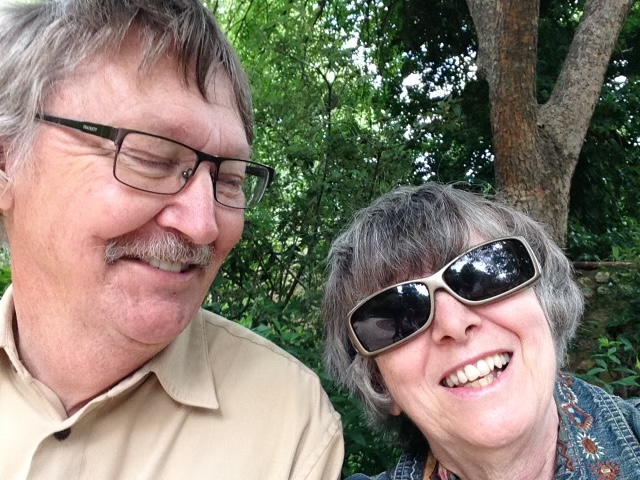 Educators impact the lives of students beyond the classroom and often well beyond their lifetimes.

That’s the case with Les Snavely, who passed away in 2020. Les taught in Bowman for 30 years, serving as the school librarian and teaching English and Philosophy.

Each year, a student going into education at Dickinson State University will receive a scholarship set up in his name through the North Dakota United Foundation.

Marie Snavely, also a longtime educator, says Les was an optimistic person who always looked on the sunny side of life. She says he would be thrilled that this scholarship would have the ability to positively impact teachers well into the future.

“The thing that would make him so pleased was the scholarship.”

Marie Snavely is talking about her husband Les—who passed away in 2020.

Les taught at Bowman Public School for thirty years. Marie says this photo–is how many people remember him.

His legacy lives on in many ways—including the Les Snavely Memorial Education Scholarship offered through the North Dakota United Foundation.

“Les was instrumental in that foundation, which started out with only a few dollars, and he was adamant about it and was so proud of it,” Snavely said. “And what a way, what a way to remember him.”

Marie—a former art teacher in Bowman and Rhame–keeps herself busy painting—and cycling—these days. The exercise helped her emerge from depression as Les’s health failed. Exercise gave her renewed energy for her art.

She is working on this 140 x 18 mural just off main Bowman’s Main Street.

Her work is on display at the Bowman Public Library. And she recently completed these plein air paintings of Ft. Lincoln State Park as an artist in residence this summer.

Marie also taught at Dickinson State—where she and Les met in college.

“So, I thought that money should go to a teacher in at Dickinson State and that it would be under less his name,” Snavely said. “I was just enormously proud, and I hope that that continues for a long, long time, because that’s the only thing that we can do that lasts forever, because nothing is permanent, everything is temporary. And so you continue with education because that’s what lifts everybody up.”

“And I always felt like it was it enriched my life in so many ways,” Snavely said. “You know, I would never change that experience if I had to do that over because it was the thing that saved me. It for me, it was just a fabulous a fabulous thing.”

Their involvement opened many doors, and they hope to help open for others.

“So, if you want to set up a scholarship for someone you love, I think it’s a fabulous thing to do because how many cars can you, you know, cars or things will not endure. That’s the thing, because things are temporary and they’re not important.”

Marie encourages others to consider setting up a scholarship to honor someone they love and to help educate future generations.

“Life becomes rich with education, becomes richer,” Snavely said. “It’s not the only path, but it’s a very lovely path.”

If you would like to start a scholarship to honor someone you love, please email Gary Rath at gary.rath@ndunited.org or call North Dakota United at 701-223-0450.

There is a minimum donation of $5,000 to start a scholarship fund. That amount qualifies as a donor for the state of North Dakota to ensure a tax credit. North Dakota United will match your donation up to $5000.

We began our scholarship program through the North Dakota United Foundation in 1991, and since that time we have awarded nearly $400,000 and impacted over 400 students across North Dakota. For a full list of our scholarships and grants, visit https://www.ndunited.org/who-we-are/ndu-foundation/grants-scholarships/