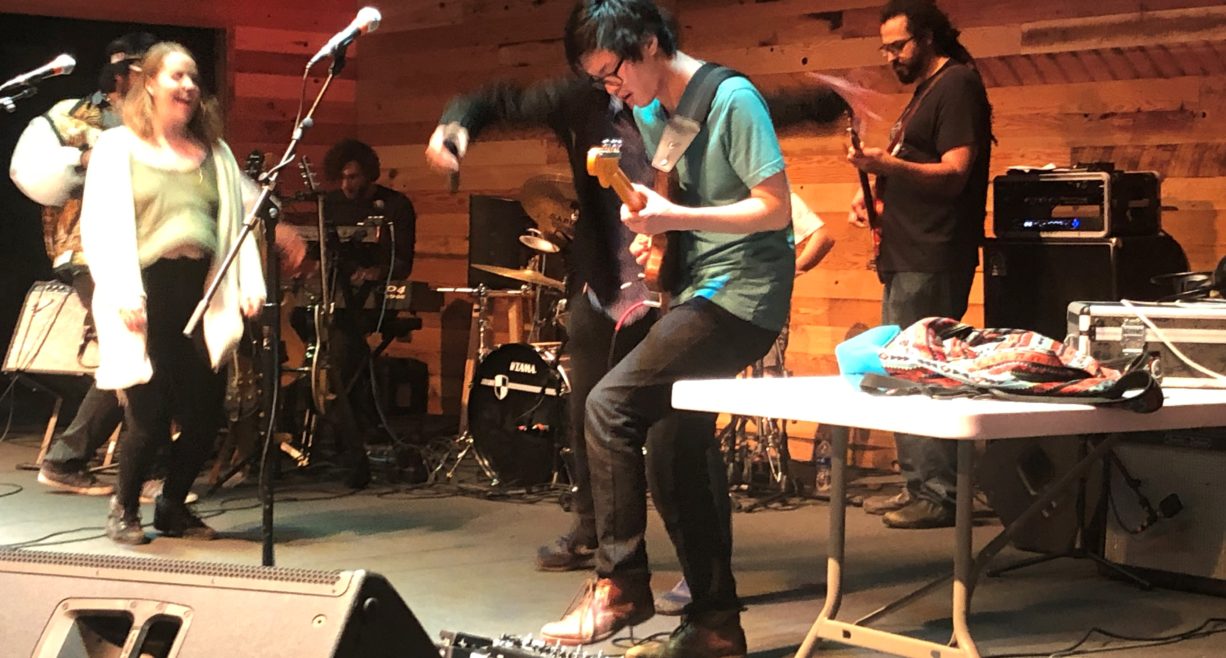 Bassist Jason Boynton is usually near the back of the stage. But on this day, the North Dakota State University professor and North Dakota United member took center stage at a fundraiser for children and families in Fargo.

Earlier this summer, a post on his Facebook feed showed Fargo Public Schools had $26,000 in school lunch debt. Accounts were going to be turned over to collections.

“I thought, that sounds terrible … where can I donate? So, I posted this story to my wall asking where could I donate,” Boynton said. “Russell Pfaff said we should do a benefit. Great idea, I’ve done benefits before. I mean all the musicians are really into that sort of thing, so I tagged a few people, I tagged Pat Lennertz and Diane Miller, and they tagged some people, Russell tagged some people. Before you know it, we’ve got 10 bands signed up and we’re ready to go, and then Kari Lugo joined in and then that changed it from maybe we’ll raise a couple of dollars to a serious fundraiser. And then the unions got on board and then took it to the street and even more money came in, so it’s really been like a slow-moving, slow-growing mass of people doing good stuff.”

North Dakota United, the Fargo Education Association, the North Dakota AFL-CIO, and affiliates of the Northern Plains Labor Council joined forces to contribute over $3,200, and more importantly, call attention to a critical issue affecting children and families in Fargo and across North Dakota.

“The response from our union brothers and sisters has been amazing,” said NDU organizer Courtney Schaff. “One thing I think that we’ve brought to the table is getting people to think about why this debt exists and what a more sustainable solution might be. Is this something that we want to keep raising money for every year or is there something we can do on the front end to prevent school-lunch debt from even existing, and our fellow union brothers and sisters are very good at thinking critically about problems like that.”

What started with tagging a few friends on Facebook grew so quickly that the combined efforts of all involved caught Boynton off guard.

“I’m totally surprised,” Boynton said. “This is way bigger than I thought it would ever be. I’m totally surprised by it, yeah. Pleasantly. Everyone has been so great. Fargo Public Schools Development Foundation, they’re handling all the money. They’ve been a big part of just collecting the money so that’s important. That makes it so we don’t have to. I’m really pleasantly surprised.”

And like Boynton says, the power of music is massive.

“I mean music has moved things along. Music makes progress. This seems like a fitting way to do this benefit …,” Boynton said.