Responding to a Need

Responding to a Need Teacher of the Year finalist from Wahpeton believes in rigor, raising... 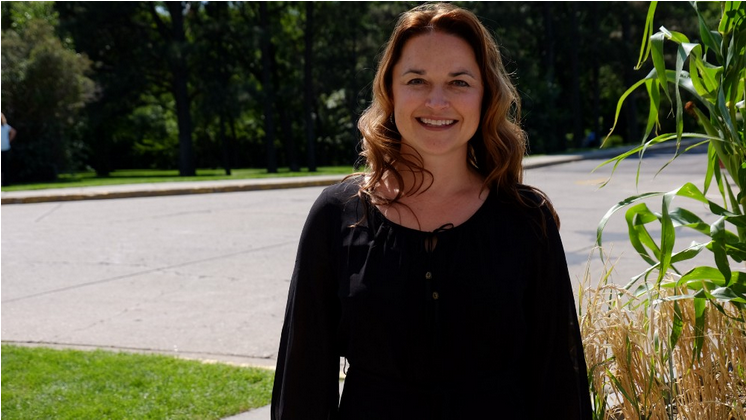 Home ＞ Article ＞ Responding to a Need
Posted in

Responding to a Need

Teacher of the Year finalist from Wahpeton believes in rigor, raising the bar

One traumatic event helped to shape the career choice of Kristi Leigh Mahrer, an English Language Arts teacher at Wahpeton High School and North Dakota Teacher of the Year finalist.

Her parents were both high school teachers while she grew up in Beulah — her dad taught science and physical education classes, and her mother was an English and learning-disabilities teacher. “We lived across the street from the high school,” Mahrer said. “We would often accompany our parents to the school in the evenings and throughout the summer months while they prepared for lessons, classes or activities. I was never under the impression that teaching was a 40-hour-per-week or nine-months-out-of-the-year job.”

And during Mahrer’s freshman year in high school, her dad died. “He had gone over to play basketball at the high school with another teacher and my younger brother and sister the evening before Thanksgiving,” she said. “He had a heart attack. He was rushed to the hospital, but he had additional heart attacks and died that night.”

She said that losing her father so suddenly had a profound effect on the teacher she would become. “Immediately after his death and for years to come, people would share stories about my father’s influence as a teacher and a coach,” she said. “During his life, I seriously doubt that my father understood the impact of his generous spirit. He lived by a rather simple mantra: See a need; respond to it. That is the legacy that I believe my siblings and I have tried to emulate.”

“I think my students know that I work hard for them, and in turn, most of them work hard for me.” — Kristi Leigh Mahrer, English Language Arts teacher for Wahpeton High School

Mahrer started her career in teaching at Hankinson High School in 1994, and would transition to Wahpeton in 1999, where she has taught English since. From her start, she has treated teaching as a “personal calling, not just a job,” she said. “Teaching is not a sidebar,” she continued, “teaching penetrates every aspect of life. I believe that a good teacher is a conglomeration of many things, including a unique personality, knowledge and passion for both subject matter and the science of teaching, the desire for life-long learning, and a heart for serving other people, especially students.”

She says her simplified philosophy would be: “Work hard and have fun.”

“I think my students know that I work hard for them, and in turn, most of them work hard for me,” Mahrer said. “I believe in rigor. I believe in raising the bar. I want my students to read more and write more in my classroom than they ever have before. I want them to surpass their expected growth on their standardized tests. I want them to feel like they are ready when it is time to go to college, the military or a career.”

While teaching, she has also worked hard within her local associations, as a leader and active participant. “I think being involved in a professional organization is very important, and not to just be a member but to get involved in the process,” Mahrer said. “When I taught in Hankinson, I had been president of their local association. And in Wahpeton, I was also co-president at one time of our local. I think those experiences of being involved have really helped me to see a broader perspective.”

The payoff for her hard work and dedication to her profession, her students and her co-workers is in the progress that she sees being made every day in her classroom. “I often tell others that one of the best fringe benefits of my job is that I am never bored,” she said. “There is always something to do, and the students constantly keep me on my toes. Teaching is not easy — at least it never has been for me. The game is always changing. The stakes are always high. For the most part, the rewards are intrinsic, but every so often I am graced with a wonderful e-mail, letter or card from a student, parent or colleague, thanking me for the work I do. These are the treasures that keep me going and the pearls that I look back on when I have had ‘one of those days.’”