During a chaotic year, all educators are honored for their tremendous work at lifting up students and keeping them safe 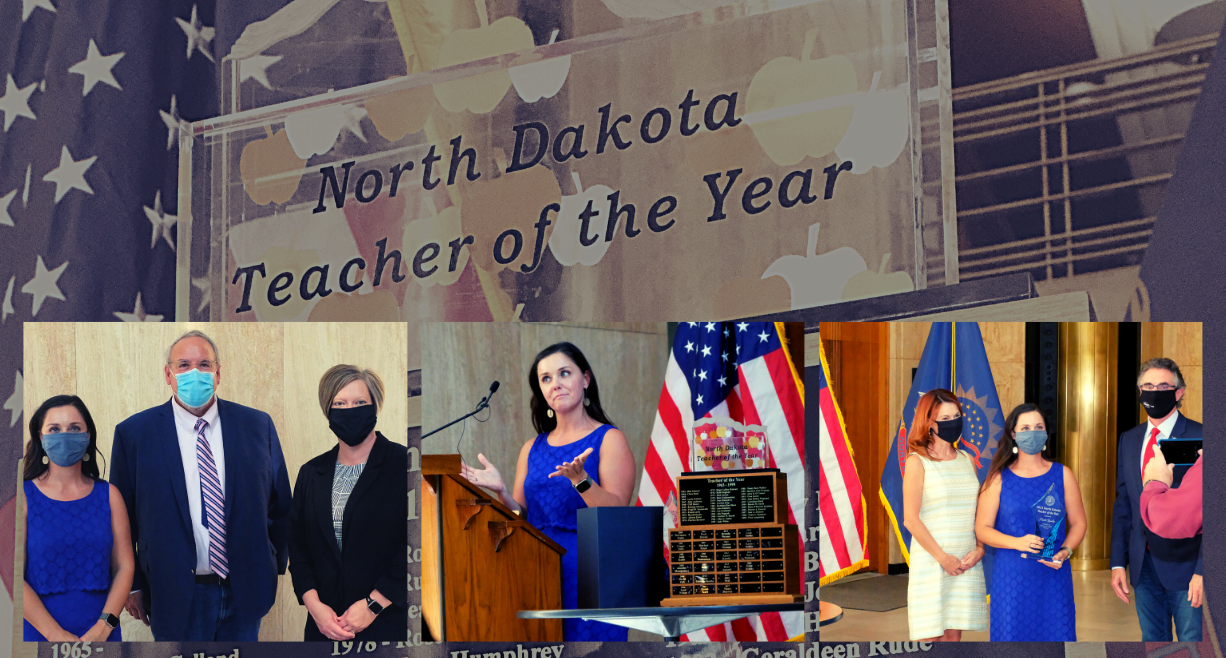 In a year when each and every educator in North Dakota deserves an award, Minot Education Association and North Dakota United member Kristi Reinke of Jim Hill Middle School has been named the 2021 North Dakota Teacher of the Year.

“It’s still humbling; I mean it’s just kind of crazy,” Reinke said. “You go to work everyday — you want to teach — you want to have relationships with your co-workers, with your students, you never really think of there being an award for doing that. I mean, to me, I know hundreds of other people that should be getting this exact same honor as I am.”

North Dakota United President Nick Archuleta says during the pandemic teachers from across North Dakota have been asked to do incredible things — and they have delivered. “From developing distance-learning protocols, to safely welcoming back students into the classroom,” Archuleta said, “You honorees and your colleagues from across the state have done an amazing job. Your commitment to excellence in education and your dedication to creating loving, safe and creative learning spaces for your students has earned you the admiration and respect of all North Dakotans.”

North Dakota Department of Public Instruction Superintendent Kirsten Baesler says ceremonies like the Teacher of the Year are important. “They’re not going to talk about it we need to celebrate each and every day the heroic work that they do with their students, their students families and their colleagues,” Baesler said, and Governor Doug Burgum agreed. “Theodore Roosevelt once said far and away the best prize that life has to offer is the chance to work hard at work worth doing,” Burgum said in his speech. And we know that — what a year for our state educators — working so hard at work worth doing.”

“One of the biggest priorities for me is the health and wellness of all the stakeholders in education,” Reinke said. “We spend a lot of time focusing on our students and their well-being. This is the year we really need to focus on educators as well. You know they are burning candles at both ends. They are working harder than I’ve ever seen them work and I worry about compassion fatigue, I worry about their well-being so I want to make sure that they take time for themselves, put their own oxygen mask on before helping others. That’s going to be a priority of mine.”