President’s Post: A Side-by-side Comparison of the HEROES and HEALS Act

With both plans finally on the table, comparisons can be made. 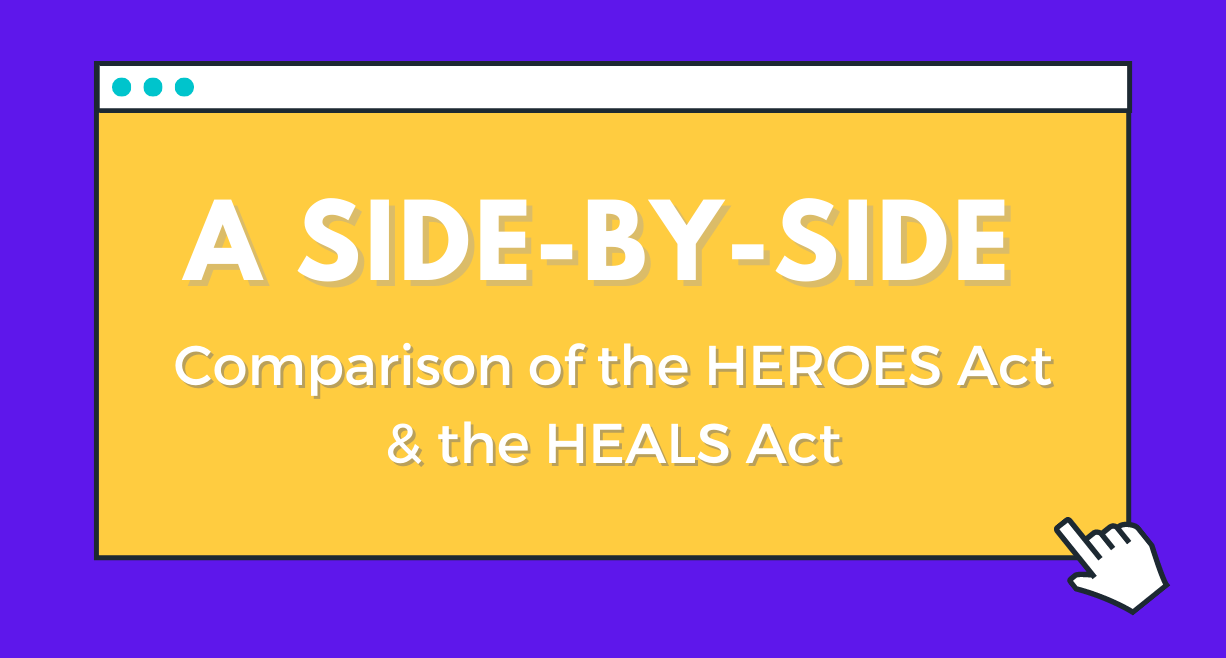 I have written before about what the Coronavirus pandemic has exposed about America’s social safety net.  It has revealed that far too many Americans are living life precariously close to the edge and protections that should be in place to help them through these turbulent times have expired or were never implemented.

As of last Friday, many of our fellow citizens saw federally provided unemployment enhancements and eviction moratoriums expire.  As a result, millions of people are at risk of losing their homes and being unable to provide for their families.

The Senate, of course, could provide needed stability, but it is unclear if they will get around to making relief for millions of Americans a priority.  The House prioritized relief in mid-May when it passed the $3T HEROES Act.  The Senate responded with a $1T HEALS Act on July 27, mere days before federal assistance was set to expire.

With both plans finally on the table, comparisons can be made.

Clearly, the HEROES Act would be more helpful to more Americans than the Senate package, but it will not be voted on in the Senate.

Compromises must be made or Americans and will continue to suffer the effects of job loss and state and local governments will struggle to provide vital services to the public they serve.  One helpful thing would be for Senators to quit scapegoating the unemployed by stating that unemployment benefits are so lucrative that they discourage folks from seeking employment.

Studies from researchers at Yale disproves this myth.  So does the Chicago Federal Reserve, which found that, “Those currently collecting benefits search (for employment) more than twice as intensely as those who have exhausted their benefits.”

As a nation, we ought to insist that our Senators come together for the national good and pass legislation that focuses on making us whole and not what is politically expedient.

Call Senator Cramer and Senator Hoeven and tell them that people are depending on them to do the right thing by the people who need the most help.