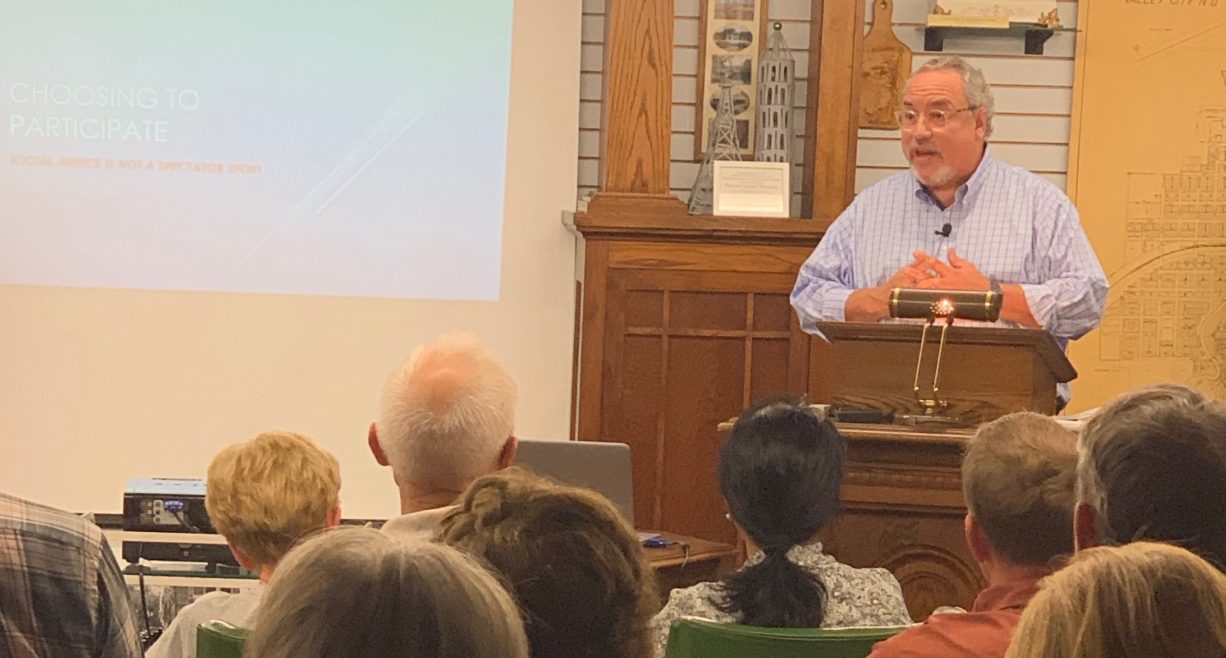 There was a full house at the Barnes County Museum on Thursday night, Sept. 19, for a presentation by Nick Archuleta, Valley City native, VCHS and VCSU graduate, and now president of North Dakota United. President Archuleta spoke on “Choosing to Participate – Social Justice is Not a Spectator Sport.”

“Conversations about racial and social justice can be very difficult,” Archuleta said. “It forces us to think about our biases, prejudices and attitudes. For many of us, that is a very discomforting exercise. But if we do not illuminate racism, we will not eliminate racism.”

Archuleta also pointed out that North Dakota and America are experiencing considerable demographic shifts. “North Dakota, in part due to the energy boom, has added some 87,000 new residents,” he said. “Of those, 48,000 of those new residents are non-white. Nationally, by 2020 – next year- the under age 18 population will be majority minority. By 2030, the same will be true of the United States. We are clearly becoming a more racially diverse society and we have to find a way to live peaceably with one another.

“We must shift the focus of our conversation on race from blame, shame, guilt and grievance to causes, effects, systems and solutions.”

The event was also the opening of the Smithsonian poster exhibit, “Choosing to Participate.” The posters present the experiences of individuals and communities, explore the history and impact of racism and prejudice, and encourage viewers to consider the consequences of everyday choices – to discover how “little things are big” – and to make a difference in their own communities. The exhibit is on display now and through the month of October at the Museum. It will later be available, upon request, to schools or churches who also might like to display it. Thursday’s event was sponsored by “What In the World Is Going On? a campus-community group jointly sponsored by VCSU’s Departments of Science and Social Science.