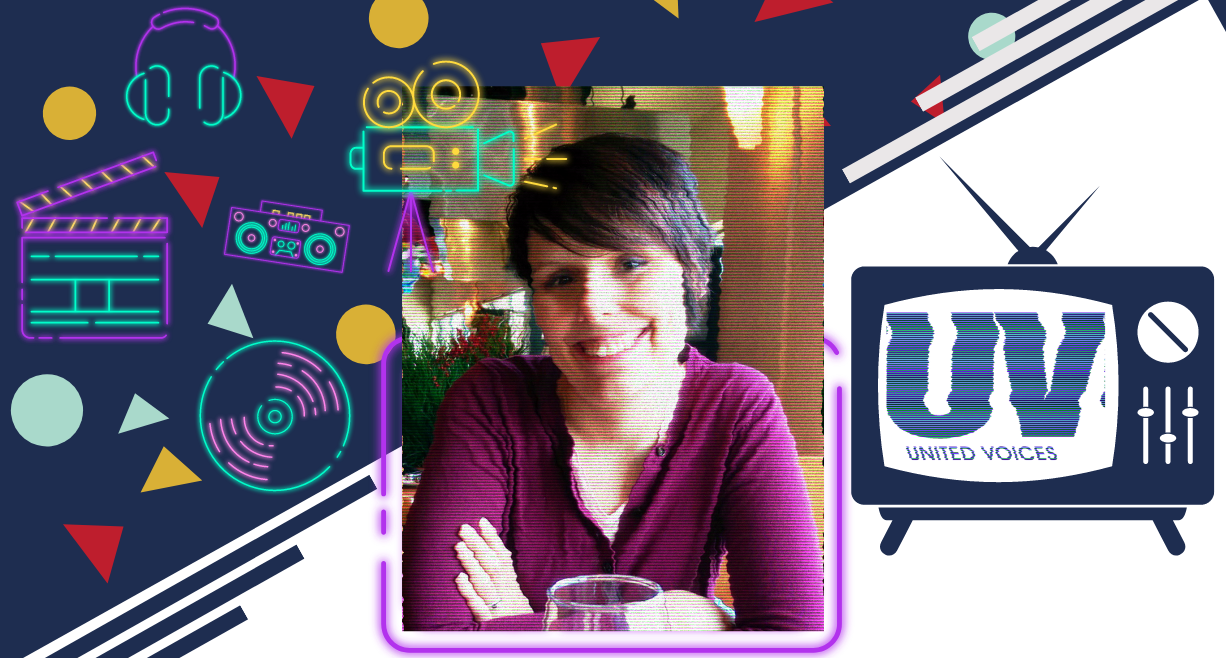 That’s how Tom Petty kicks off the first chorus of his 1980 chart-topping song, “Refugee.” And he continues, “It don’t really matter to me. You believe what you want to believe.”

According to one online quiz, if Dr. Melissa Vosen Callens was a Tom Petty song, it would be “Refugee.” And within an hour of communication with her deep beliefs and interests in areas of popular culture, as varied as the musical catalog of Tom Petty & The Heartbreakers to the roster of the 1991 World Series champion Minnesota Twins, it’s easy to see why. In the world of higher education, she is a “refugee” of a sub-culture of professors who use pop culture to color their instruction in subjects as varied as history, sociology, English and psychology.

“I think for most of us, we’re just immersed in pop culture very early,” Callens said. “One of the earliest memories I can think of with pop culture is going to sleepovers and renting ‘Dirty Dancing.’ We watched it, and then afterwards we were trying to reenact that final dance scene, sort of like fifth and sixth graders do.”

Callens dips into the deep reservoir of her lifetime fascination with American popular culture to assist her in teaching courses on media literacy, professional writing and online education at North Dakota State University. “I have always been interested in 1980s pop culture, so when [the hit streaming series] ‘Stranger Things’ was released on Netflix, I was captivated,” she said. “The Duffer brothers, the series creators, did such a great job of capturing the feel of some of my favorite movies from the 1980s: ‘Stand by Me,’ ‘The Goonies’ and ‘The Breakfast Club,’ to name a few.”

These themes of nostalgia and cynicism inspired Callens to start writing her upcoming book, “Ode to Gen X: Institutional Cynicism in Stranger Things and 1980s Film,” which is set to be published in early 2021 through the University Press of Mississippi.

“What I noticed was that while ‘Stranger Things’ and these 1980s films are all tales of childhood friendship and shared adventures,” Callens said, “they are also narratives that reflect and shape the burgeoning cynicism of the 1980s, namely Gen X’s growing distrust in institutions. My book explores how ‘Stranger Things’ draws on 1980s popular film to pay tribute to Gen X’s evolving outlook on three key American institutions: family, economy and government.”

Dr. Callens has spent her entire collegiate career at NDSU, first attaining a Bachelor of Science in English Ed there, and then earning a master’s degree in English and a PH.D. in rhetoric, writing and culture. “A fun fact is I’m the very first person to graduate from that program,” she said. She took what she learned from her education at NDSU and applied it into a profession there, first as an academic advisor and then as a professor of practice to help other faculty members create robust online courses.

“Based on the needs of the College of Arts, Humanities and Social Sciences, I transitioned into my current role as a professor of practice in the Department of Communication in 2015,” she said. “I think it’s a good fit. We offer several writing courses, which was my primary focus for my Ph.D. studies,” she said. “I also get to teach our pop culture class as well as courses in pedagogy.”

Callens views her role at NDSU as being a facilitator or a guide, for students. “It’s also very much a collaboration with students,” she said. “I have to be able to go into that room and listen to what they’re saying to me, assess what they understand and make changes based on that. So, I do like to try new things. I learned three different technologies this summer for my courses. I learned VoiceThread on Blackboard, YuJa on Blackboard and Flipgrid. When I choose these different technologies, I always think, how will it help students meet my course objectives? I’m always thinking about what do I want students to learn?”

Key to her process of trying new things and approaching problems from less-traditional routes, which is why she gets some of her best responses from her course in popular culture. “I think it’s because the starting point is pop culture. [The students] are excited to engage in some of these activities that I ask them to do. Some students might not be interested in writing a rhetorical analysis of a book from the 1800s, but when I ask these same students to do the same activity and we’re looking at a current television series, they are often more interested.”

Plus, through popular culture, there is a possibility to use it to highlight different concepts, Callens said. “I can remember teaching a class on zombies to honor students, and we’re talking about Maslow’s hierarchy of needs. We watched ‘The Walking Dead’ and discussed how the characters’ basic needs were often not met, and that’s why [the characters] were struggling to achieve a higher status on Maslow’s hierarchy. It was a way to highlight that concept and watch ‘The Walking Dead’ at the same time.”