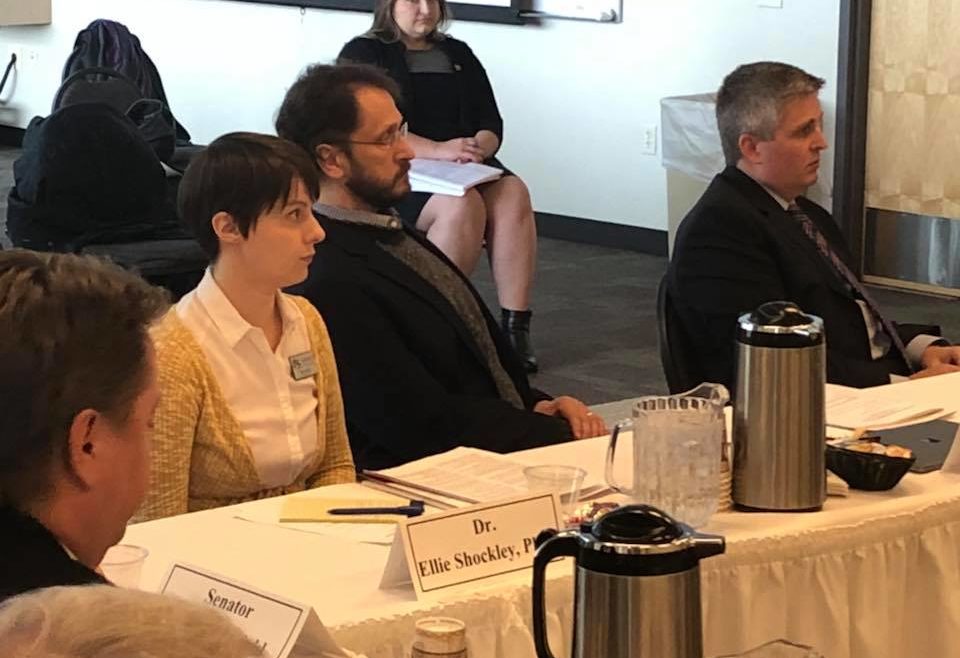 When the Task Force for Higher Education Governance was first announced by Gov. Doug Burgum at a press conference in the state Capitol, people were understandably curious about what this body would be, who would serve on it and what they would do. Particularly our university faculty and staff members from the state’s 11 public universities have been keeping an eye out for updates on the Task Force’s progress.

“The Task Force for Higher Education Governance has been charged with evaluating the governance structure of higher education in North Dakota and determining whether the collective system of higher education is operating to its fullest potential, furthering the educational and workforce needs of the state for the 21st century,” Governor Burgum told us, when asked about the goals and aspirations he had for the Task Force. “The Task Force is currently in the learning and analyzing phase of reviewing all state governance models equally and discovering where we want to focus to achieve a model for North Dakota that incorporates best practices from across the country.”

When Burgum announced the names of the 14 Task Force members in late December of 2017, two members of ND United were among those chosen. These two individuals, Dr. Ellie Shockley from Bismarck State College and Dr. Paul Markel from Minot State University, were selected to represent the viewpoints of faculty and staff at our institutions.

Their perspective will be invaluable to the Task Force, according to Burgum. “Faculty and staff are the people closest to the learning that takes place at our institutions,” Burgum said, “and it’s essential to have input from those with the most information on how education is delivered and how innovation happens inside and outside the classroom. Their voices are vital to the discussion.”

Shockley said that she was honored to have been selected from among the 230 applicants to serve. “I was struck with how diverse the opinions were of this Task Force,” Shockley said. “I noticed the mixed feelings, and I listened closely to the mix of some folks’ concerns and some folks’ tentative optimism. I quickly developed a sense of the significance of this Task Force and that well-informed voices of those who genuinely want to serve North Dakotans would be critical to its success. Finally, when ND United encouraged its member to apply, it finally clicked for me that I personally had something to offer to this Task Force.”

Additionally, Shockley said that she feels that she brings several assets to the table by being part of this historic group. “First, I am personally very well trained in methods of deriving sound conclusions from data,” she said. “In other words, I can assist with truly evidence-based decision-making. I also personally strive to be a good listener and to be a problem-solver who can acknowledge stakeholders’ competing concerns while keeping what’s best for students at the forefront of my mind.

She also contributes a professional perspective gained from her years of study and practice on the path that led her to her current position at BSC, as an Institutional Research Analyst for the past two and a half years. She earned her bachelor’s degree in Psychology from Duke University, and worked for two years at Drexel University as a Research Coordinator. She received her master’s degree and Ph.D. in Social Psychology from the University of Chicago, and completed a post-doctoral fellowship at the University of Nebraska Public Policy Center, before moving to North Dakota. In her position at BSC, she is responsible for federal reporting of student outcomes data and is involved in any way that the college leverages that sort of data for decision-making. “I do a lot of quantitative analyses at BSC, and I do survey analyses and such,” Shockley said. “And I also periodically serve the (North Dakota) University System, more generally.”

She sees her role on the Task Force as similar to the one she serves at BSC and for the NDUS. “I have seen first-hand how system-level policies impact individual colleges, and have reflected upon the strengths and weaknesses of the current governance structure,” she said. “I have also assisted with research on occupational demand throughout the state. So, altogether my role in the Task Force is to guide us toward genuinely well-informed decisions in which all stakeholders are taken seriously and students are put first.”

The Task Force met for the first time on Jan. 12 in Bismarck, on the campus of BSC, and then held its second meeting in Fargo on Feb. 21. Shockley, Markel and the Governor have all stressed that the Task Force is still very early into the process, and any predictions of what recommendations they may ultimately make. “If the Task Force ultimately recommends legislative changes, our goal would be to have them ready for the 2019 session,” Governor Burgum said, “with Task Force members playing a vital role in conversations with legislators during the session.”

Shockley stated that one thing has become clear to her already.

“Many possible changes to higher education governance would involve modifying our state constitution in some capacity,” she noted. “In turn, many possible changes would, at some point in the process, need to be vetted by the voters of North Dakota. Thus, it is not only ethical and responsible to consider the point of view of the state’s voters, but it is indispensable. I think we should do our due diligence to think of the entire process that any possible changes to governance must undergo before they can be achieved.”

Governor Burgum, who serves as chair of the Task Force, said he has full confidence in the wide swath of perspectives that their group possesses, and in their ability to assess the nearly 80-year-old governance structure current in place.

“One way in which we do that is to identify trends and create a governance structure that’s nimble and quickly able to adopt and implement best practices to best serve our educational and workforce needs in the 21st century,” he said. “This is an exciting opportunity for higher education in our state, and we look forward to partnering to ensure we have a world-class, highly competitive higher education system in North Dakota.”

Shockley agrees with the Governor’s dedication to listen to all stakeholders, and hopes that all of the members of North Dakota United will stay engaged in the process, and reach out to her or Markel with questions or concerns.

“I think this Task Force is going to become what all North Dakotans make of it,” she said. “I don’t see any reason why ND United members can’t treat Task Force members the way they treat any other public servants. By that I mean that we work for you and all other North Dakota constituents, and so we need to be receptive to your input. In the process of joining the Task Force, all members took an oath of office in which we affirmed that we will support the state constitution. As stakeholders and constituents, feel free to play a role in helping ensure that the recommendations coming out of the Task Force are timely, relevant and important.”