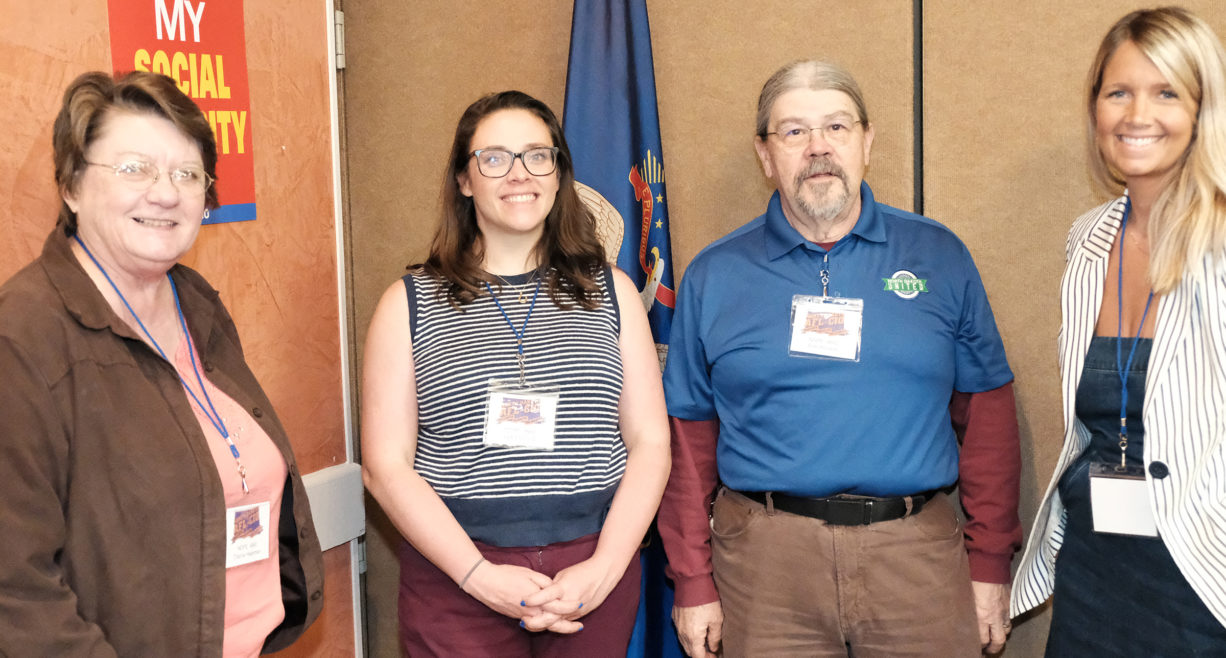 Members of North Dakota United were among the 76 credentialed delegates of unions from across the state at the North Dakota AFL-CIO Convention on May 17-18 in Fargo. This convention of the statewide federation of labor unions is the body that makes critical decisions for the future of organized labor in North Dakota. Delegates heard from candidates for state offices, including Sen. Heidi Heitkamp, and voted on endorsements, resolutions and items of concern to the organization.

“We don’t do it alone,” said Waylon Hedegaard, president of the N.D. AFL-CIO. “In fact, we can’t do it alone. To accomplish our job, we need union workers from across the state to stand with us, and help protect all of us and everything our grandparents built to get us where we are today. That’s what a union is. … It’s all of us standing together, shoulder to shoulder, and protecting each others’ rights.”

Members from the statewide North Dakota Public Employees local, the Fargo Education Association and from our NDSU chapter represented ND United. Assistant Executive Director Ryan Nagle presented to the group on the importance of funding for public education and services, as well as the wave of teacher demonstrations and collective actions that we’re seeing all across the country.

“When workers are pushed too far and too hard, we stand up for what’s right, and that’s exactly what teachers are doing,” Nagle said. “Twenty-nine states still spend less on public education than they did before the recession in 2008. We’re spending less on our kids and on our educators. The richest country on the Earth, spending less to educate our kids.”

The convention voted on a resolution of support for all of the teachers and public employees who are speaking out for the rights of workers and the students our teachers and school support staff care so much for. That resolution passed unanimously.