All taxpayers should pay attention to Legislature’s proposals to waste their dollars. 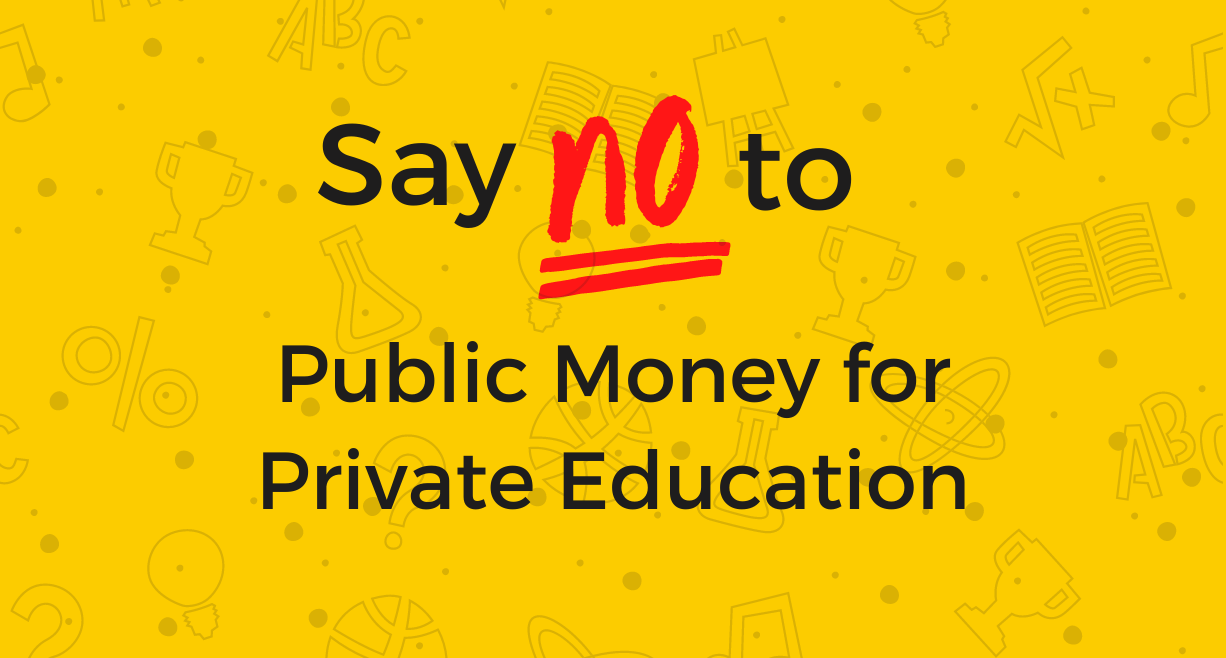 As I write this, the Legislature is on its Crossover break. This is the time at session when bills that survived their house of origin move across the hall to the second house for another look.

One issue we have spent a lot of time on is stopping bills that send public dollars to non-public schools, otherwise known as “school vouchers.” This is often seen as a conflict between advocates for private schools and public schools, but it really should be something that all taxpayers – and particularly all folks working in the public sector – care strongly about.

This session we have seen three different voucher schemes as bills. SB 2288 would have set up scholarship tax credits for people to help pay the costs of attending a private school. HB 1369 would have set up accounts for homeschool and private school parents to access money to pay for tuition and other things. Both of those bills were defeated.

HB 1281 is still alive, as of this writing. Under this bill, a person gets $500 off their taxes when they send kids to non-public schools. A very important point in this debate is that the average ND taxpayer pays ONLY $800 per year in income taxes. That means those folks are paying much less for roads, higher education, social services, Highway Patrol, etc., because they made the choice to not use our public schools. This bill passed the House in a close vote and now is on its way to the Senate. If passed, this bill will create a nearly $10 million hole in the budget.

This is the place where we always point out we don’t have a problem with school choice, as long as public dollars are not used to fund that choice.

These types of tax schemes add up to significant revenue loss for the state. This leads to making it harder to recruit and retain the best state employees because we cannot afford raises and fewer resources for Higher Ed and K-12 Public schools.

Every session we hear that the budget is so tight. We are going to have to cut, but we rarely talk about these tax schemes that pass session after session (not for private schools, but often for private business or specific industries) that create huge budget holes.

This is the time to talk.

Tell your legislators to stop wasting time and money on these schemes.