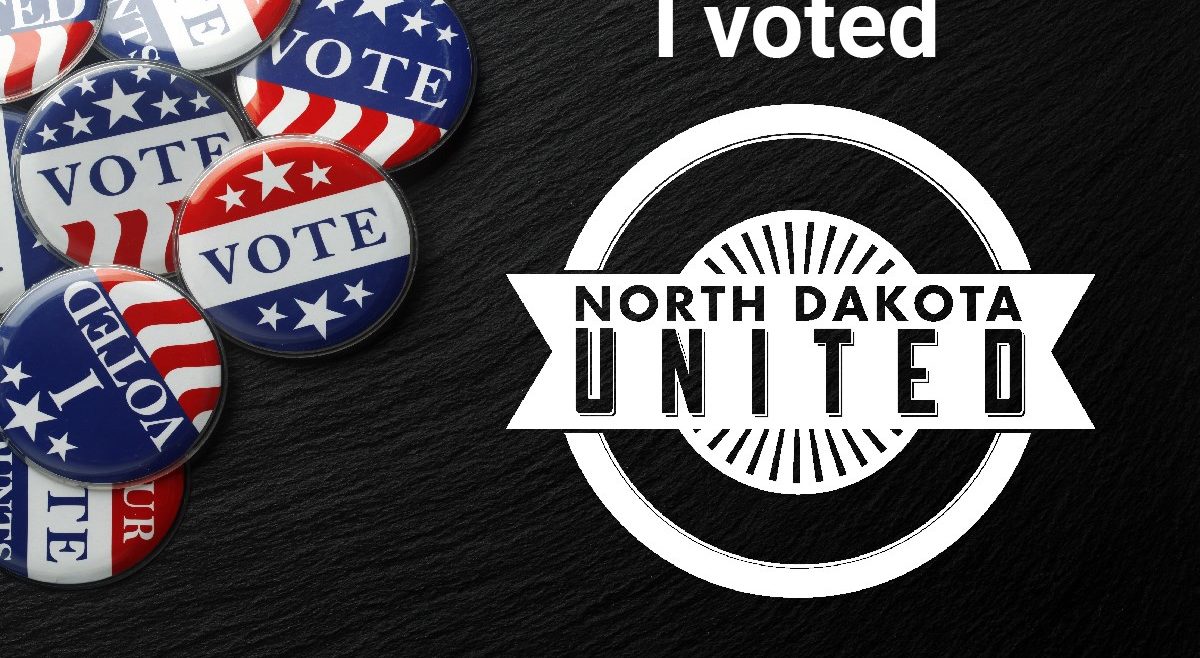 The citizens of our state were asked to show up to the polls on Tuesday, June 12, and make important decisions for primary elections, and the members of North Dakota United answered that call. Key races for local offices on city and county commissions, and school and park boards, district judgeships, city, county and school measures, and party candidates for the general election ballot were decided by voters in communities across the state. Our state union and local associations made several endorsements and recommendations, based on candidate interviews and surveys, and we saw some very good results from our active members’ efforts to inform our fellow members and the public at large.

North Dakota United had made 23 legislative endorsements for incumbents who had earned our support by their voting records – 11 Republicans and 12 Democrats. Three of our endorsed candidates – Rep. Andy Maragos (R-3) from Minot, Rep. Mary Johnson (R-45) from Fargo and Rep. George Keiser (R-47) from Bismarck, faced primary challengers. In Election Night results, Maragos came up just short, finishing third in a field of four with 644 votes, (25 percent) 24 votes short of Bob Paulson; Johnson took second in her district with 481 votes (35 percent), which qualifies her for the general election ballot; and Keiser also took second with 1,589 votes (37 percent) and advances to the general election.

The top four vote-getters were all endorsed by the Grand Forks Education Association. GFEA president Tom Young said that the four newcomers received more votes than Carpenter, the only board member seeking re-election, because of GFEA’s endorsements.

The Bismarck Education Association invited all ten candidates running for Bismarck Public School Board to interview with a panel of their members. Eight responded to the invitation and met with the panel. The members of the BEA interview panel said they felt that all eight of these candidates had great qualities to bring forward, experiences to share, and passion for the position. They chose to endorse incumbents Karl Lembke and Jon Lee, as well as Jay Volk. They reached more than 10,000 people on Facebook with their recommendations, and voters largely agreed with their choices. Lembke was the top vote-getter, with 6,709 votes (20 percent), while Lee was close behind with 6,528 votes (20 percent). Matt Sagsveen held onto his spot on the board with 4,401 votes (13 percent).

“We were looking for candidates who were willing to address the needs of students and staff in our school district,” said Lori Furaus, the BEA government relations chair. “We were seeking individuals who would provide leadership in opening communication and developing lasting solutions for school safety concerns and staff morale issues.”

Having helped to select two of the three winners in the school board election, DEA members were happy to have interviewed the candidates and helped inform the public on this important choice for their community and students. “The first reason we chose to interview all the candidates was to get to know them,” said Kelly Jahn, who was a member of the DEA interview committee. “As we spent time talking, we looked for individuals that were familiar with the district and the upcoming needs. Also, those who could support their decisions based on the needs of all students. We did not want anyone who had a personal agenda.”

Members of the Williston Education Association sent a survey to the 14 candidates for three open spots on their school board, and received responses from six. They recommended three candidates – Joanna Baltes, Thomas Kalil and Jeremy Mohl – above the rest. Kalil and Baltes were elected to the Williston School Board, with 994 votes (16 percent) and 854 votes (14 percent), respectively.

WEA president Lanny Gabbert said about their three recommended candidates in an e-mail to their members: “They definitely separate themselves out of this group. They have many more original thoughts instead of common jargon. They all have a lot of education, experiences and communication skills that would benefit the school board.”

Jahn expressed DEA’s satisfaction with the results in Dickinson. “I think that endorsing candidates does help,” she said. “It’s better to be proactive and trying to help support people we believe would be the best for the district.”

Young agreed with that sentiment in Grand Forks. “We were looking for solution-oriented people who are going to put students and learning first,” he said. “In my opinion, Doug Carpenter has been like our superintendent, long on describing the problem but short on the solutions. Recognizing that they have financial difficulties, student-centered, solution-driven people recognize that you can’t put kids first if you put teachers last.”