President Archuleta stresses that process is still in infancy, members must remain ‘engaged and vigilant’ 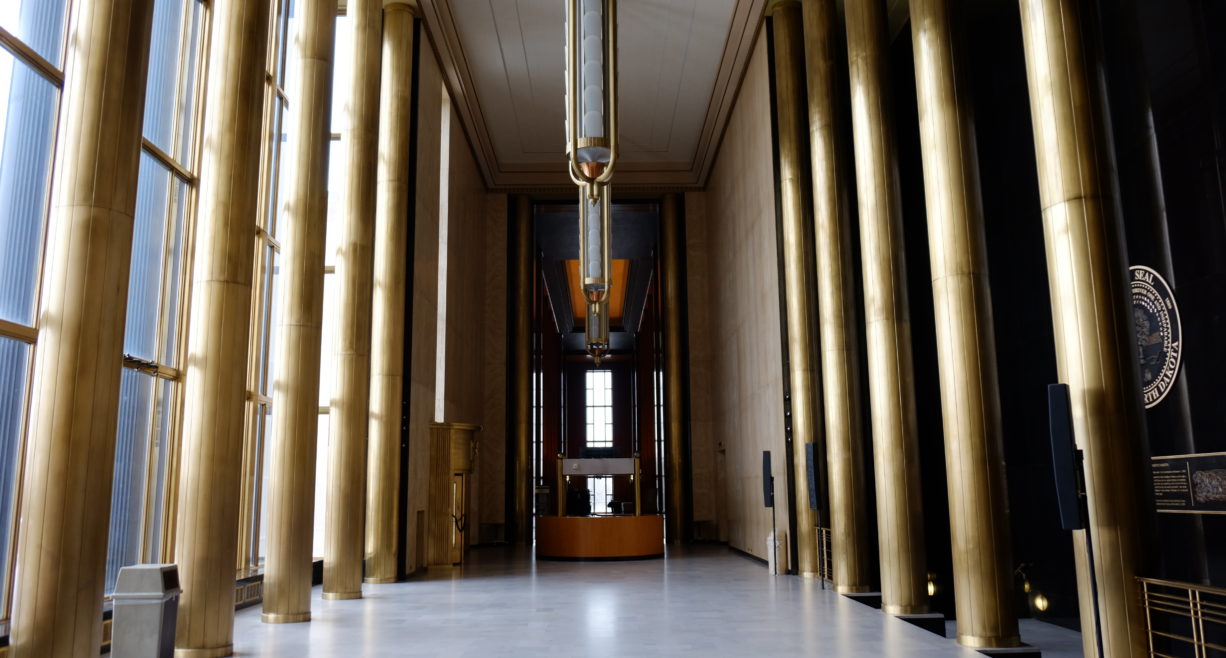 The office of Gov. Doug Burgum had both good news and bad in their early budget guidelines that Burgum delivered to state agency leaders on April 18 at the state Capitol in Bismarck. The good news is that general fund revenues are “tracking slightly ahead of forecast, and oil production and oil tax revenues both are exceeding projections,” his office said. The bad news is that expenditures are still exceeding revenues by $800 million, and reserve funds that were used during the last legislative session to balance the budget remain depleted.

“While we have reasons to be cautiously optimistic, our modest projected growth won’t be enough to bring general fund revenues in line with ongoing expenditures. Without significant change, our budget will remain structurally imbalanced,” Burgum said. “Making significant changes will require new approaches and processes, sharing services and working collaboratively across agencies.”

A press release that was sent out in conjunction with the Governor’s announcement outlined his office’s two-tiered budget guidelines:

In addition to the required 5 percent or 10 percent base budget reduction, Burgum is asking agencies to identify an additional 3 percent reduction as a contingency against volatile commodity prices. The budget guidelines exclude major grant programs such as K-12 State School Aid and Medicaid from budget limit calculations.

“I was in attendance this morning at the North Dakota state Capitol as Gov. Doug Burgum shared his guidelines for the 2019-21 biennium budgeting process with state agency heads,” said Nick Archuleta, president of North Dakota United. “He is calling for cuts to agency budgets, cuts to FTEs and cuts to the funding formula for higher education.”

Burgum’s guidelines for higher education call for a 10 percent reduction to the per-credit-hour funding formula that is in place now, which would mean a cut in excess of $50 million for our University System.

Also from the Governor’s press release: Any effort to balance revenues and expenditures must include a comprehensive analysis of both people and processes, noting salaries and benefits comprise more than 50 percent of the state’s operating budget. Therefore, agencies are being asked to submit a base budget with a 5 percent reduction in current budgeted 2017-19 FTE levels, regardless of funding source. This doesn’t apply to higher education institutions, which will adjust their own FTEs based on overall strategy and their evolving financial models. Agencies with fewer than 20 authorized FTEs also are excluded from this requirement.

“Keep in mind that this is merely the first step in a long process,” Archuleta said. “All of us at North Dakota United should be concerned about the direction in which we are headed, and how this will potentially affect the quality of services that our people know and expect. North Dakota United has already been invited by the Governor’s office to come in to speak about our concerns, and to make suggestions on how we can continue to recruit and retain excellent public employees. So, stay engaged and vigilant, and let’s do all we can to help steer our state back in the right direction.”