ND Bills You Should Know About This Week

Elections have consequences and these are the bills that should be on your radar. 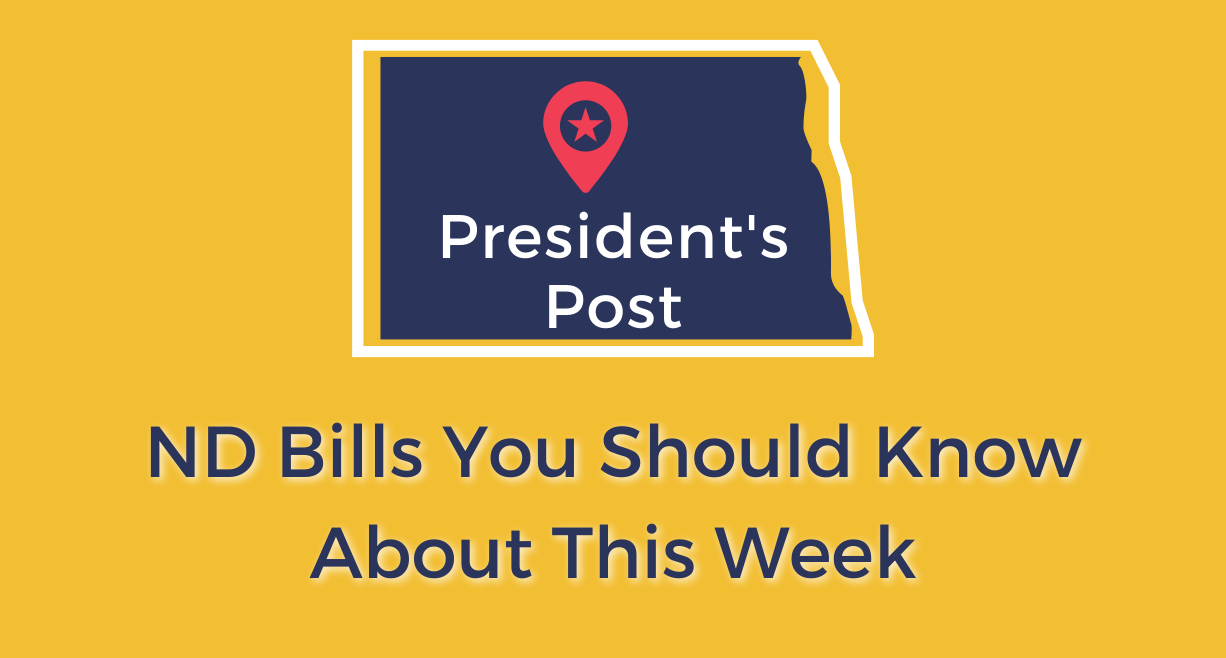 It is another busy week at the Capitol in Bismarck with several bills of interest being heard and voted on.

By the time you read this, SB 2030 will have been voted on in the House.  This bill, which was submitted to continue the very popular Challenge Grants that leverage state money to attract private donations for scholarships and research.  An amendment in the Senate has turned a non-controversial bill into a proxy fight about abortion and has turned the notion of academic freedom on its head.

SB 2304 also may have been heard in the House by the time you read this.  This is a straightforward bill that would require school districts to include Native American tribal history in their ND Studies curriculum in grades 4 and 8.  The bill would further require that Native American history be included in their high school US History curriculum.

Finally, SB 2215 will have been heard by the time you read this and likely passed.  The result will be that teachers will have until July 1 to negotiate their contracts, whereas before this bill, there was no time limit.

I mention these bills because they illustrate that elections have consequences.  There are many others that I could have mentioned, like HB 1323, the face mask bill. The winners of elections get to set the tone.  They get to amend good bills into bad bills.  They get to decide whether we will treat everyone in ND equally.  They get to decide whose histories are worthy of inclusion in our history books.  The winners of elections get to pass bills that impact how our state is viewed by the rest of our nation.  Elections matter.

So, whether you are a Democrat, a Republican, or an Independent, you can have an impact.  Next election make your views known.  Find out about where all the candidates stand on the issues that you care about and vote accordingly.  Consider a run of your own!  All of us have a responsibility to elect officials that mirror our values.  Let’s make sure we meet that responsibility.