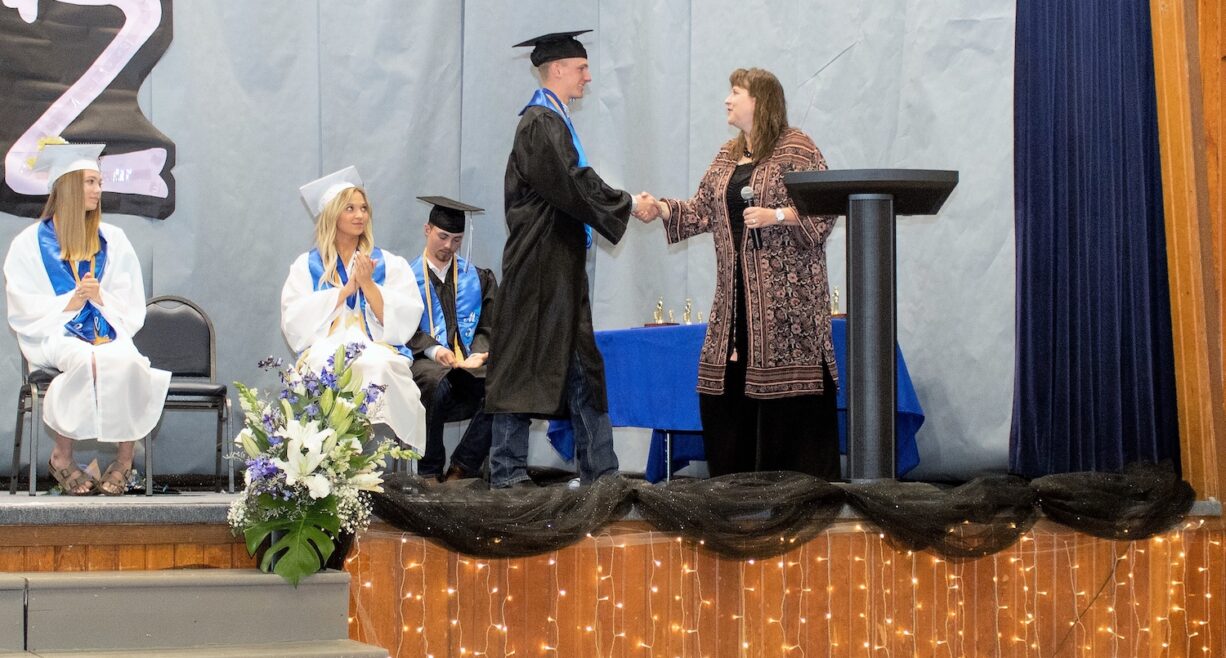 BISMARCK, N.D. – On Saturday, May 21, 11 high school seniors graduated from Midkota Public School. For six of these graduates, a local man they likely never met or knew, left part of the sizable estate he grew during his lifetime as an investment in theirs.

During remarks given at the Midkota graduation ceremony, North Dakota United Foundation President Lisa Wolf, delivered the news to the six graduates that they would each be receiving $3,300 scholarships from the Thomas and Garnet Wurst Scholarship Fund.

“I am here today because of the generosity of one man, Thomas Wurst,” Wolf said at the ceremony. “Thomas passed away in 2020. After his estate was finalized, Thomas donated over $1 million to the North Dakota United Foundation, and the Thomas and Garnet Wurst Scholarship Fund was established last fall.”

This fund will go to graduating seniors at Midkota High School in Glenfield, ND, “to continue their education whether through college or a vocational/trade school.” Administration of the fund will be the responsibility of the NDU Foundation Board of Directors, in consultation with an Advisory Board of the Milford school’s staff and administrators, to distribute $40,000 annually.

The first six recipients of this scholarship are:

Thomas Wurst had grown up in Jessie, ND, and graduated high school in Binford. He married Garnet (Blosser) in 1966, while living in Illinois. The couple worked together for several decades, first operating a gun and antique shop for several years before taking over Garnet’s family business, selling automotive parts and running a machine shop. They retired in the early 1990s and moved home to the Wurst family farm, near Jessie. Garnet died in 2009, and the couple had no surviving heirs.

Thomas chose to leave his estate, worth more than $1 million, to the students of his home community. The Midkota school district covers more than 600 square miles in Griggs and Foster counties, and is comprised of students from several nearby communities, including Binford.

“You six students are the first recipients of this scholarship,” Wolf said at the conclusion of her remarks. “It is my pleasure, on behalf of the North Dakota United Foundation, to tell you congratulations and best wishes in all that you choose to do with your futures.”