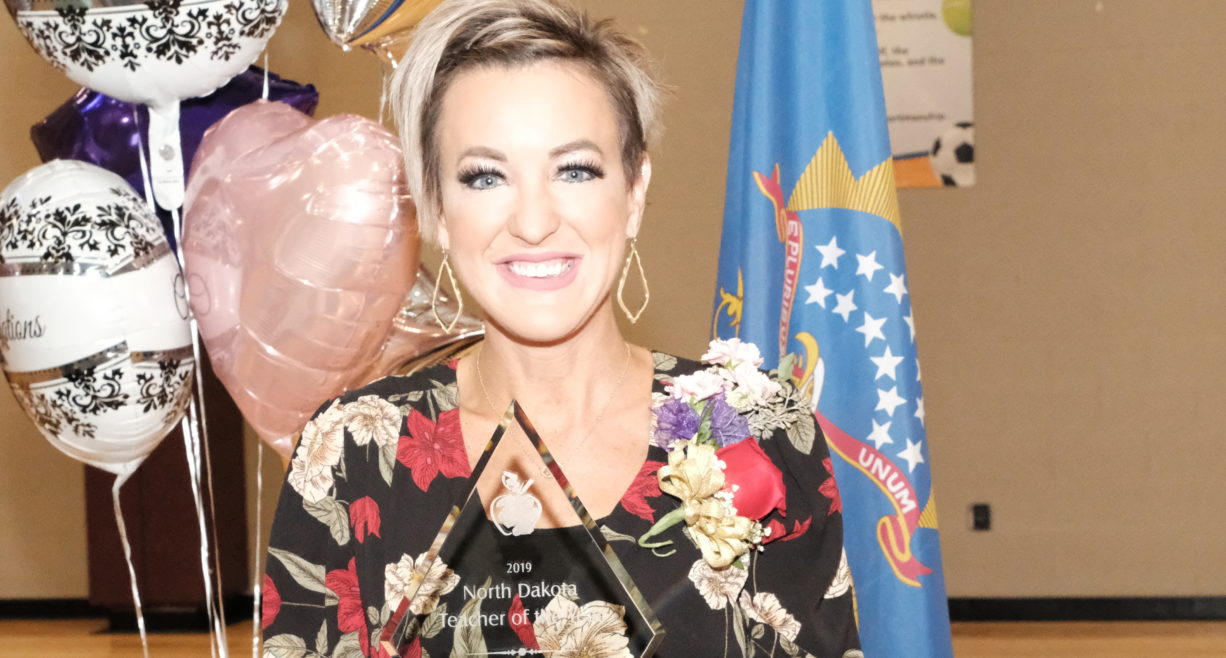 Kayla Delzer, a third-grade teacher at Mapleton Elementary School and proud member of the Mapleton Education Association and North Dakota United, has been named the 2019 North Dakota Teacher of the Year. 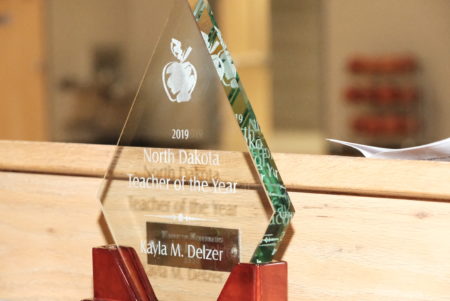 “It is by far the most humbling experience that I’ve been a part of, and the biggest honor, by far,” Delzer said. “I think to even be nominated for co-county teacher of the year was mind-blowing, and then to be advanced to the final four; I really don’t have the words to how much it means to me. I’m so grateful for so many mentors and teachers and educators and teachers along the way, who have pushed me and supported me to get me to where I’m at right now. I wouldn’t be here without all their ideas and help. And the encouragement of my students, to help me be brave in my classroom and to try different things. That’s ultimately what this is all about is just to make education better for all the parents and families and teachers and kids in this state. To get to this level and know that I could be impacting so many people in that way, is just beyond words, humbling.”

Delzer received her award at a special ceremony held in Mapleton on Tuesday, Sept. 25. Also in attendance at the ceremony were two of her fellow finalists for the award: Sara Medalen of Minot and Annette Hovey of New Rockford-Sheyenne. The fourth finalist, Leslye Thiery of Grand Forks, was unable to attend due to a family event, but sent along a letter of congratulations that was read by Superintendent Kirsten Baesler.

Delzer has taught at Mapleton since 2016, and previously worked at West Fargo Public Schools and Thief River Falls, Minn. She has ten years of teaching experience, and has taught both second and third grade during her career. In addition to her work in the classroom, Delzer is an internationally recognized champion of technology, speaker, author and social media influencer. She has more than 105,000 followers on social media for her @topdogteaching accounts, and her blog, TopDogTeaching.com, is approaching 2 million views.

Gov. Doug Burgum has named Delzer as a member of the North Dakota Innovative Education Task Force, as well as a leader of the Teacher Preparation Committee. At the Mapleton ceremony, Burgum praised Delzer for her work at advancing the teaching profession into a new age. “She does a tremendous job of embracing technology and using innovative methods to empower and challenge her students,” he said, “instilling in them a love of lifelong learning and preparing them to succeed in a 21st Century economy.”

“When I first started teaching over ten years ago, I thought I needed to be fully prepared,” Delzer said in her application for Teacher of the Year. “Now I know that everyone in this world can teach me something, especially seven- and eight-year-old children. It is a humbling epiphany.” 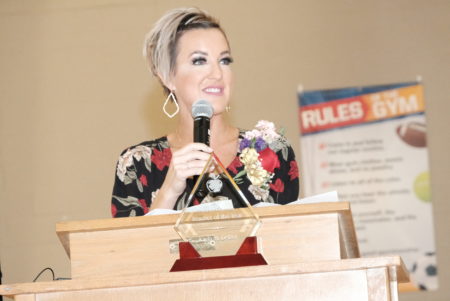 In her acceptance speech, Delzer thanked her fellow finalists for Teacher of the Year, and all teachers in our state. “To the teachers I work with every day, I admire you. Thank you for challenging me in all of the best ways. Your support, love, hugs and extra effort does not go unnoticed. Teaching is a team sport, and we are all on Team Kid.”

In the near future, we at North Dakota United will be providing all of you with a closer look at the N.D. Teacher of the Year, Kayla Delzer, as well as her fellow finalists for the award. We will be sharing video, audio, photos and in-depth features on their experiences, their perspectives and their passions for education on our website, www.ndunited.org, in United Voices magazine, on The Cutting Ed podcast and on social media.