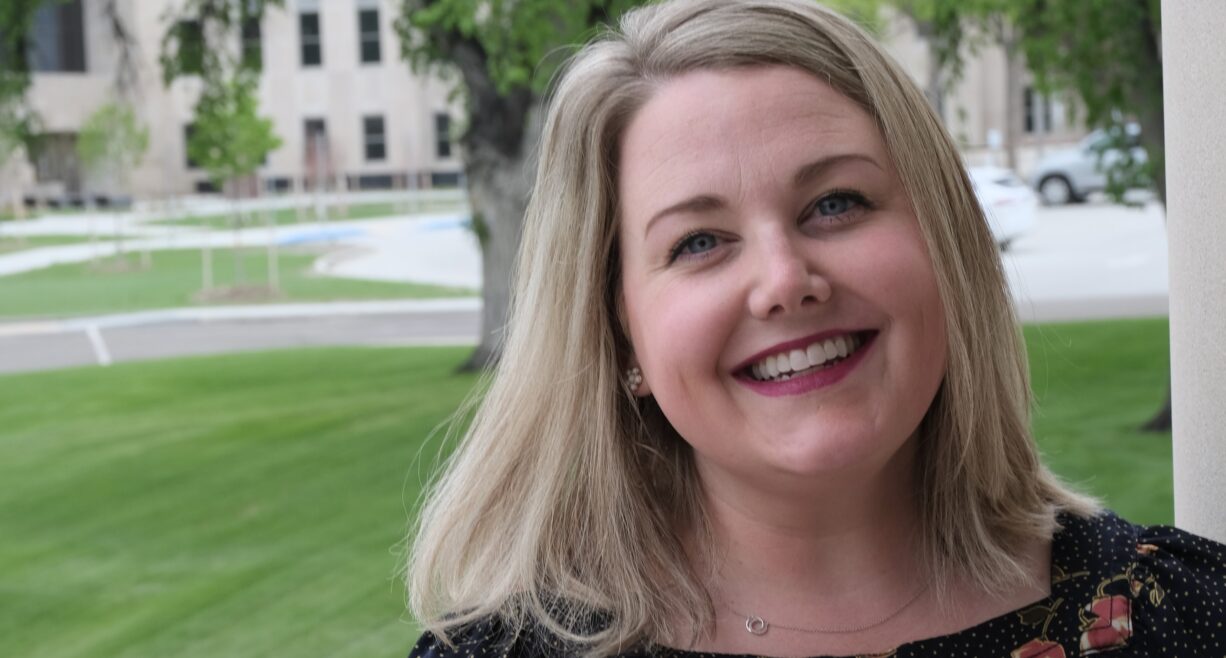 Health insurance is a complicated subject at any age. Figuring out coverage and determining the right plan can be a daunting task. Imagine now what that’s like for an international student at one of our 11 public universities in North Dakota. Brand new to their community, this state and country, independent for the first time in their lives and faced with an enormous decision.

As Director of Student Affairs for the ND University System, Katie Fitzsimmons has been tasked with helping college students make these decisions since her first day of employment. “When I started in my position in October of 2016”, said Fitzsimmons, a member of ND United, “my boss said, ‘I need you to solve our student health insurance problem. … It’s a mess.’”

When BCBS dropped their student health insurance plan in December 2014, NDUS had to scramble to get those students onto a new plan. United Healthcare Student Resources (UHCSR) stepped in and offered a plan that was around a $1,200-1,500 annual premium, which was roughly double the previous plan’s cost. “Because of the unbalanced utilization between domestic and international students, that premium jumped to $2,000-2,500 within a year or two,” Fitzsimmons said.

As premiums rose, more and more domestic students dropped out of the program, which caused premium rates for all students to rise dramatically. The decision was made to parse out domestic students from the plan. “The facts were pretty simple,” Fitzsimmons said, “We could get the international student health insurance down to $1,400-1,500 a year, and they’d be paying their fair share. Domestic students, if they still want it, it’s going to cost them $3,500 a year still to pay for insurance, but it’s more appropriate to their utilization rate.”

Three years after domestic and international student health insurance plans were parsed, the premium rates for domestic students had skyrocketed.

It was determined that students would be able to find better plans on the Health Insurance Marketplace, or exchanges, set up by the Affordable Care Act of 2010. “It was such a difficult decision to make, but we knew that domestic students had more options available to them through the Marketplace,” Fitzsimmons said. “As it turned out, those alternative options ended up, for the most part, being far more affordable than anything we could have ever offered for the domestic student population, all while the international student insurance premium rates became more tenable.”

Domestic students would need help in navigating their options on the Marketplace, though. “That’s where Maureen (Potucek) came in,” Fitzsimmons said. A veteran of health insurance sales, Potucek came to work for the University of North Dakota in 2017.

When the domestic student insurance plan was closed in the fall of 2019, the University System took notice, and Potucek’s knowledge and skills were utilized. “She’s very, very savvy with the insurance world and the terms, “Fitzsimmons said. “So, she would work with students one-on-one and help them navigate coverage.” North Dakota State University added a similar position to their Student Health Services, and these two individuals went to work in helping students from the U.S. find affordable health insurance for themselves.

Since 2018, Fitzsimmons estimates that adding these two positions has helped more than 200 students at UND and NDSU find health insurance plans that work well with college student’s unique needs. “It’s fulfilling for me and so gratifying that I can share what I know,” Potucek said.

Fitzsimmons says that even more tools and resources are on the way for students across the state. “United Healthcare also has this new module that helps students walk through insurance options that are available to them,” Fitzsimmons said. “This will just be a free thing that we can link to on all of our campus websites and through the System website.” She anticipates the web portal will launch sometime this summer.