ND Teacher of the Year Bret Dockter challenges students to leave a legacy, in the classroom and on the field 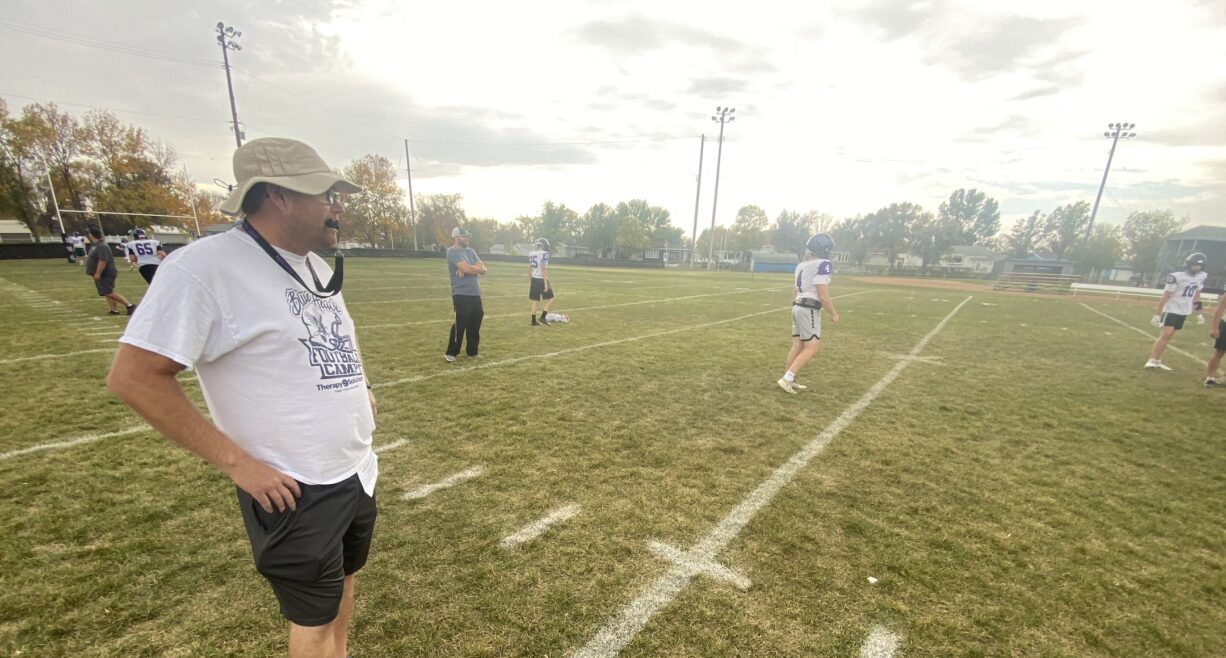 Harvey is the home of the Hornets, and there’s a definite buzz inside BM Hanson Elementary School. You can literally hear Bret Dockter’s 6th grade students—actively learning.

“I don’t know if maybe it’s just from my learning, my own learning, (but) I don’t like sitting in a desk all day,” Dockter, the 2022 North Dakota Teacher of the Year, said. “I like to have hands-on, get dirty and … I’m sure you saw the room for a while. It gets pretty hectic, and it gets dirty.”

Project-based learning, along with building relationships, is at the heart of Dockter’s teaching style. A poster on the door to his room says students are the reason he shows up every day.

“What would we have without our kids?” Dockter said. “That’s the best way you could say (it). They’re the reason we’re here every day. I don’t know of another job … where it changes every day and it’s something new every day. I mean, something new today happened that will not happen tomorrow. And that’s exciting to me.”

He challenges his students to “leave a legacy.”

It started as an accident 13 years ago when he wanted his kids to get a sense of a million. They collected pop tops and got to around 900,000, and they then donated them to the Ronald McDonald House in Bismarck.

Eventually, that success led to each successive class doing an impactful community project.

“I think everybody takes a lot of pride in what we’re (and) what we’ve been able to do,” he said. “We helped purchase a fire truck last year. We built a new board. We’re helping to build a new bridge, and people like to see everybody coming together rather than we see so much people being split. We get to see people come together, and the kids are the leaders of it, and I think that’s the best, you know?”

Back to those relationships. Dockter is also head football coach for Harvey-Wells County.

When he was named 2022 North Dakota Teacher of the Year, a number of his senior football players showed up at the Capitol to show their support — not even knowing he was going to receive the honor.

“It was one of the most special things I have, that day, is when I got to look back and saw those guys in suits, their shirts and ties, and thinking to myself. That was hard to take in, in a good way, because it was so great, and that they said they were just going to come support me,” Dockter said. “Whatever that was, it was truly a great day. And even just … forget all about the award stuff, just to have those guys (there). There was probably one of the best things.”

Dockter hopes to use his Teacher of the Year platform to promote and encourage more young people to become educators. There’s no doubting his pride and passion for the profession.

“We have some of the best — or maybe the best — educators in the nation. And so, to represent all of the teachers out there that are doing these things, it’s humbling to me because, you know, as I said at the start, we have the best,” he said. “We are the best, I think, and I’m very proud to be from North Dakota.”

A teacher and a coach, working hand-in-hand with his students to leave a legacy in the heart of Harvey.