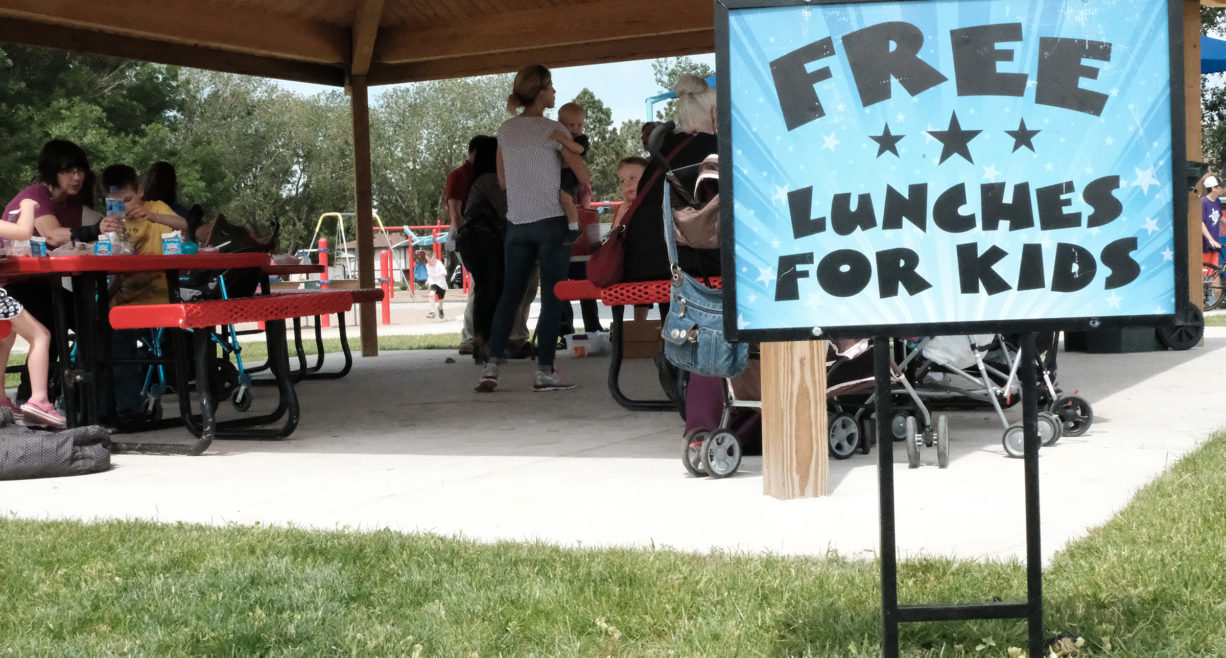 For far too many of our students, school is the place where they can depend upon receiving a square meal. During the summer and over holidays, when school isn’t in session, some families struggle to put food on the table for their children. Fortunately, school districts across our state step up to the plate each summer, and provide free meals for these “food insecure” kids and their families.

“I was at a conference just a couple of weeks ago, and I was kind of surprised to hear the statistic that, just in North Dakota, one in five kids is food insecure,” said Michelle Wagner, the Child Nutrition Program Director for Bismarck Public Schools. “That means they’re not sure where the next meal is going to come. I don’t think anybody in North Dakota really thanks about it like that. I was even shocked. One in five, that’s a lot.”

U.S. Department of Agriculture statistics from 2016 show that 16.5 percent of U.S. households with children are food-insecure. A USDA study, Household Food Security in the United States, puts the food-insecure rate in North Dakota at 8.8 percent, or about 28,160 of North Dakota’s households, from 2014-16.

Bismarck Schools has been serving free meals in parks across town for students and families the past four years. This year’s Summer Food Program served lunches at 10 sites in Bismarck from June 4-July 27, excluding July 4-6. Wagner estimated that approximately 800 lunches were served each day, plus for the first time this year, breakfast was also being served.

Gina Barbere, an Assistant Elementary Supervisor and proud “lunch lady” at Wachter, comes into work at 7 a.m. each day and begins to cook 300+ meals for delivery to parks, where students and their families are eligible to eat for free. A $4 donation is suggested for adults, but not mandatory.

“I cook here at Wachter and serve (for summer school) from 11-11:30,” Barbere said. “Tom, our warehouse manager, picks up at 10:30 to deliver to the parks, which start serving at noon.” She said she feels the same rewards for preparing food for students during the summer as she does during the regular school year. “Oh, gosh,” she said, “Personally, it is about building that relationship with a student and seeing that smile, and them having that comfortability, and even making their day. Not only just physically with a warm meal that will sustain them through the day, but just giving them a smile on a day that they might not have one.”

According to Melissa Anderson, the Food Distribution Programs Manager for the N.D. Department of Public Instruction, there were 40 sponsors for the Summer Food Service Program in 30 towns and cities in our state for 2018. “Sponsors are school districts, non-profit organizations, churches and city departments,” Anderson said.

The Summer Food Service Program has been operating in our state since at least 1984, and has grown steadily since its start. “We have seen a slight increase in the number of sponsors participating each year,” Anderson said. “However, participation has grown over 10 percent each year since 2015.”

Food assistance programs are important for kids all year long, Anderson said, including the summer. “There are many kids in North Dakota that rely on the lunch that they receive during the school year because it may be the only meal they get all day,” she said. “This program provides meals to those kids who struggle to get enough to eat during the summer months. Summer should be a fun time for children, they shouldn’t have to worry about being hungry.”

Each summer food program works with the U.S. Department of Agriculture on funding for their program and deciding what sites qualify for assistance. “Either if it’s a school base, we can go either by their free and reduced [lunch] numbers, so they have to be 50 percent or more free or reduced, if we want to serve at that school. Or now, they do a data census eligibility block. So what happens is there’s a website that I can go to through USDA and I can pull that up, and then it looks at an area of town and it takes all of their income and gathers that and then it determines whether or not they meet that criteria to serve the free meals. And it’s interesting that this year, Century High and that whole northern part of the city actually qualify now, too. People are kind of shocked by that, because you don’t think of Century High needing that. But obviously, according to the data census eligibility, there is food insecurity in that area, too. And we do have about 165, 160 a day that are coming through there.”

Community volunteers fill in to help serve food in these programs across the state, and so school district employees, parents and volunteers all chip in for the same reason: helping kids. “I just love it, and I love building that relationship and I love being around the kids and I love seeing their faces and being able to provide a meal for them,” Barbere said, with a big smile. “It’s a lifetime skill. It’s something that they have to learn to do, to eat right and properly, and not just go to McDonald’s or whatever. Just to have a good, healthy, warm, nutritious lunch.”