Elections to be Held at Delegate Assembly 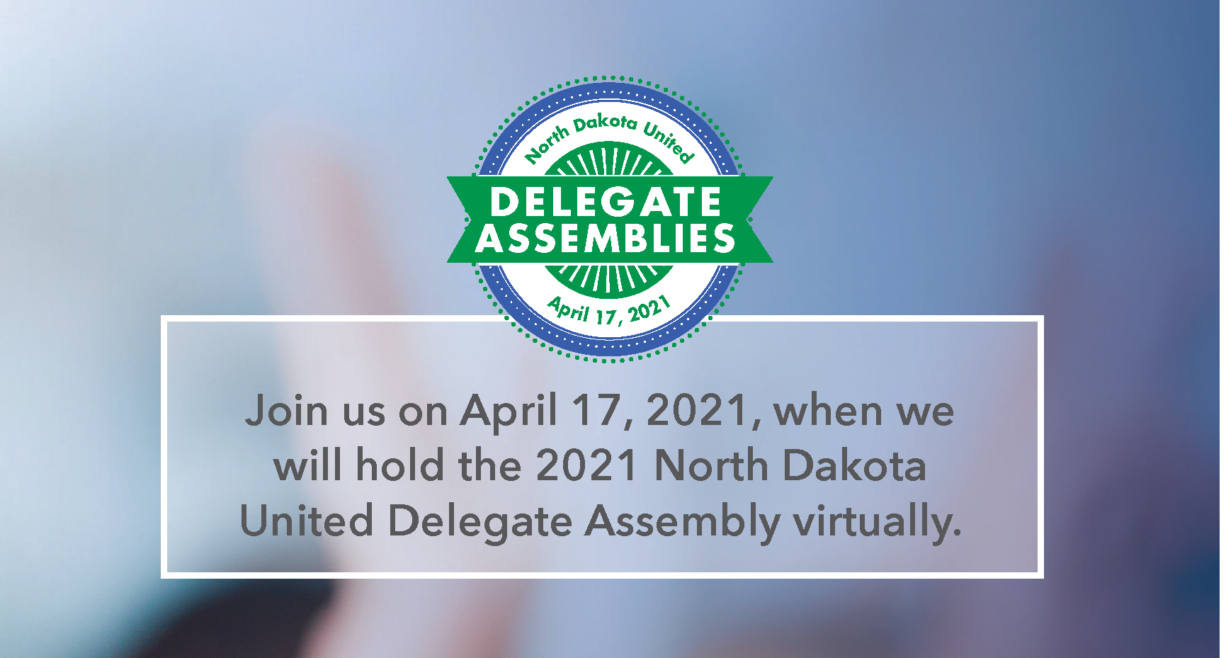 Home ＞ Article ＞ Elections to be Held at Delegate Assembly
Posted in

North Dakota United will be holding elections at the Delegate Assembly for officers and delegates to the National Education Association’s virtual Regional Assembly in July. All of the candidates are running unopposed and therefore will be automatically elected. Here are the bios and pictures of our candidates:

Denbea McNally is a Paraprofessional Direct Services ED at Lewis & Clark Elementary School in Minot. She was also the 2019 North Dakota United Education Support Professional of the Year. McNally received her Bachelor of Science degree in Recreation Management from North Dakota State University. She is married and has a son. She has served on the NDU ESP Advisory committee, as a NDU Delegate for the Minot Education Association, as a Minot Education Association Building Representative for ESP, and as a 2019 NEA RA State Delegate.

“After moving back to Minot in 2012, I found my love for education. I started working at Jim Hill Middle School as a Time Out Aide/Attendance Secretary. In 2014 I changed jobs and schools and started working at Lewis & Clark and have loved it ever since.”

Ernst Pijning is a Professor of History at Minot State University, where he has been employed since 1999. Pijning received Master of Arts degrees in history from both Leiden University in the Netherlands and Johns Hopkins University, as well as a Ph.D. in history from Johns Hopkins. He has served as a board member for the ND Public Employee local (NDPE), president of the Minot State University chapter of NDPE and a member of the Missouri Slope Central Labor Council.

“I am a board member of the Minot Area Council for International Visitors, which receives visitors from all over the world, who are sent to us by the Department of State. I am an avid curler, a soccer fan and I like live music concerts. I speak, write, and read too many languages.

Danielle Borseth is a seventh grade physical education teacher at Mandan Middle School. She previously worked as a physical education teacher at Jefferson Elementary in Valley City, and as a long-term substitute for eighth grade health and PE at Holgate Middle School in Aberdeen, S.D. Borseth received her bachelor’s degree in composite K-12 Health and Physical Education from Northern State University in Aberdeen, and her master’s degree in Curriculum and Instruction from St. Catherine University in St. Cloud, Minn.

Borseth was elected to the NDU Board of Directors as the K-12 Greater than 600 Director in 2019. She is the past president of the Mandan Education Association, serving from 2015-17. Additionally, she is the MEA hospitality
chair, and has served as president-elect, negotiator, negotiations committee member and building representative. She has served as a local delegate to the NEA RA in 2015, and a state delegate in 2016. She has been a member of NEA and NDU since 2001, and was also a student member of NEA and the South Dakota Education Association. 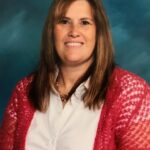 Darby Hart is an English/Language Arts Instructor in Langdon. She is running for re-election as the Northeast Region Director. She has served as a past president of the Langdon Area Education Association, and currently serves as a member advocate and negotiator. Under NDEA she was a resolutions ambassador and a member of the Ready Child Commission.

Hart received her bachelor’s degree in English Education from Minnesota State in Moorhead. She is president of the Lake Region Teacher Center Board, sits on the ACT Standard Setting Review Panel, and on the Curriculum Content Review committee for the ND State Assessment.

“I was born in Wichita Falls, Texas, when my dad served in the United States Air Force. I completed public school in Langdon and attended college at MSUM. I have been involved in the Northern Lights Art Council and am a vocalist in the praise band and a Faith and Care Group Leader at United Lutheran Church. I have had multiple nominations for our local teacher of the year recognition and have been selected as the Most Influential Teacher
by several graduating classes at Langdon Area High School.”

“I was born and raised in Harvey and graduated from Harvey High School in 1984. I moved to Minot in 1986 and have lived in Surrey since 1991. My wife of 35 years, Cindy, is a Teacher/Librarian at Nedrose Public Schools. We have three daughters, Samantha (Ryan), Kayla, and McKenzie (Cody) and two grandchildren, Gwendolyn and Judd. I have been a custodian at Minot Public Schools since 2001 and am currently the Lead Custodian at Erik Ramstad Middle School.”

Tim Thueson is a Title I coordinator and Title I math and reading teacher at Solen. He served as president, vice president and negotiating team member at the local level. He is also a member of the Communications, Speech and Theatre Association of North Dakota. He has been involved in school improvement, the North Dakota Theatre Arts Curriculum Frameworks Committee, the North Dakota Reading Association, and the North Dakota Geography Alliance. He is actively involved in the Lions Club and has held many leadership roles.