I read with interest the latest letter to the editor by Dr. Jeremy Jackson calling for greater “education freedom” in North Dakota. 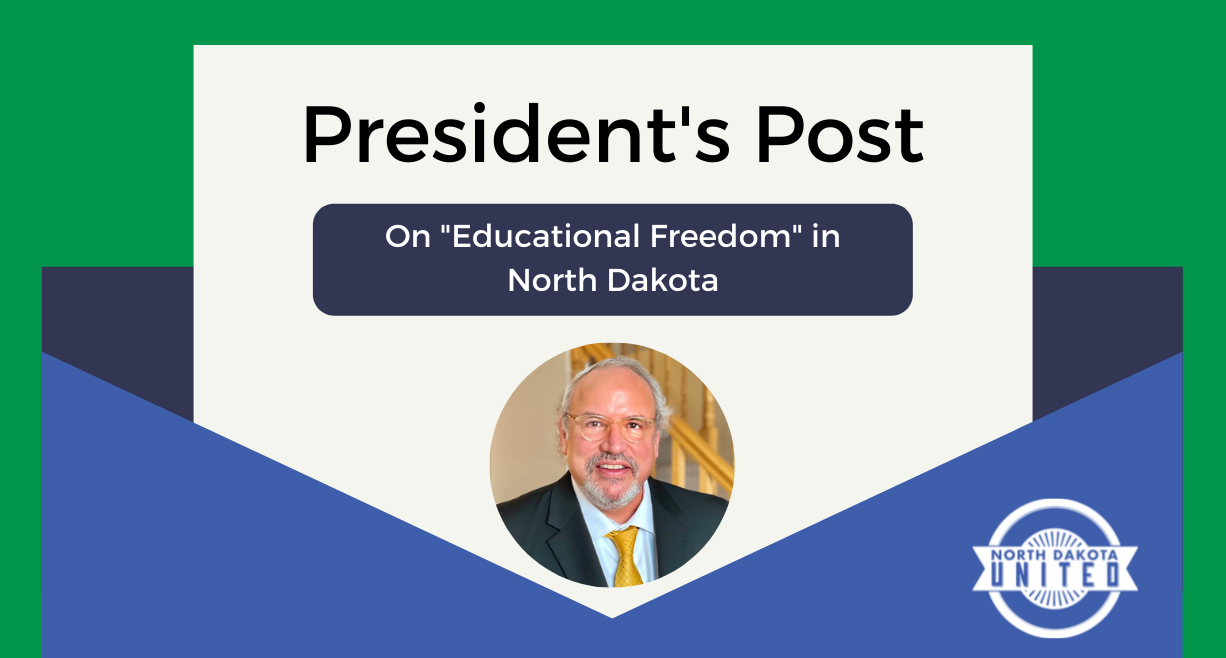 I read with interest the latest letter to the editor by Dr. Jeremy Jackson calling for greater “education freedom” in North Dakota.  Of equal interest was the “research” that he linked to in his letter.  The research indicates that ND ranks forty-four out of fifty-one on something called an “Education Freedom Index (EFI) of U.S. states,” and that a positive association exists between EFI and the National Assessment of Education Progress.

About that research, it is deeply flawed.  The National Education Policy Center (NEPC) at the University of Colorado reviewed the “research” referenced by Dr. Jackson and concluded, based on its methodological flaws and ignorance of “peer-reviewed research that has found negative consequences of school choice reforms”, that “These shortcomings undermine the report’s conclusions and render it useless for purposes of guiding policymaking.

No matter the euphemism used to mask a voucher scheme- “Opportunity Scholarships, Education Savings Accounts, Tuition Tax Credits, – they have the same effect of taking monies raised for public education and other public services, and redirecting them to private and parochial schools, and home school parents.

ND’s great public schools are administered by locally elected school boards which are accountable for every dime of taxpayer money given to them.  Should private schools and parochial schools receive state funds, would they be accountable in the same way?  If memory serves, none of the seven voucher proposals considered and rejected by the ND legislature over the last four sessions, referenced accountability for public funds.

In addition, public schools have a responsibility to educate every child that walks, runs, rolls, or is carried through our schoolhouse doors, regardless of their physical or cognitive ability.  Would private schools be held to that same standard?  They are not held to it now.

North Dakota United has just released the results of a member survey in which educators raise very real concerns about the political discourse around education and the lack of respect they feel.  They are weary of the ideological battles that undermine the work that they have dedicated their lives to doing.  The last thing they need is to do that work with fewer resources.

The fact is that there is school choice in ND, and everyone should feel free to exercise that choice as they see fit.  They should not, however, ask for public dollars to pay for their choice.