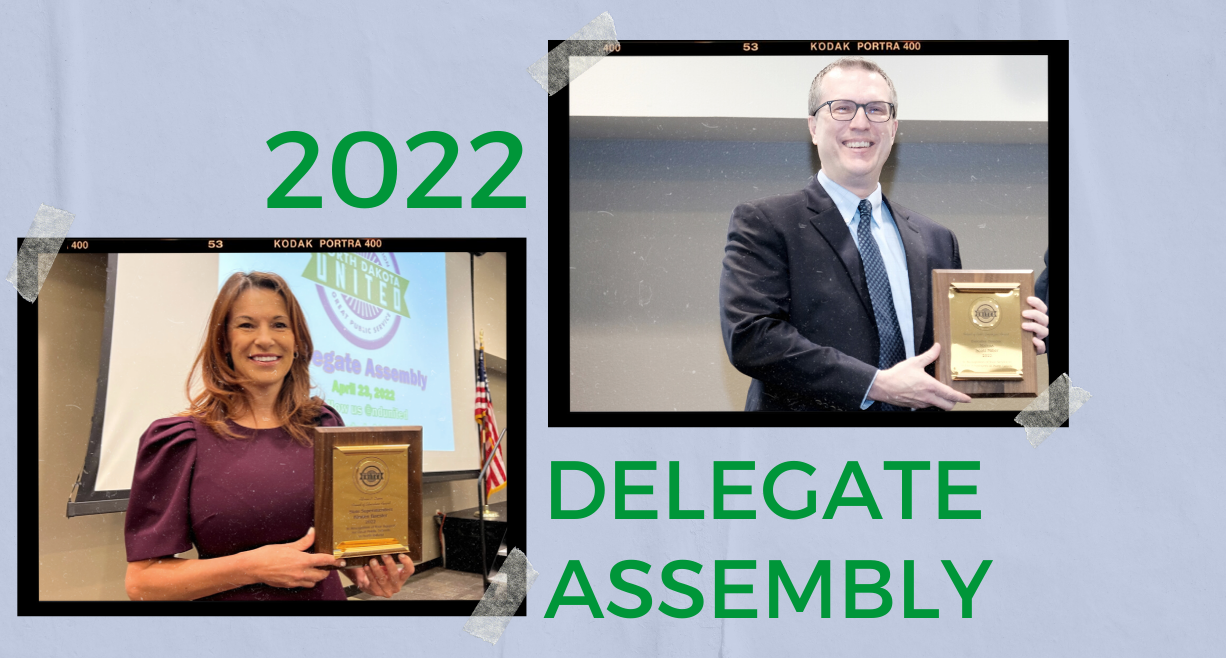 “We are all so grateful for the incredible efforts of both Superintendent Baesler and Scott Miller in their work on behalf of North Dakota’s professional educators and excellent public employees,” said ND United President Nick Archuleta.

Baesler, in remarks to assembly delegates, praised NDU President Nick Archuleta for “his optimism, his experience, his wisdom, and his good humor,” and NDU Executive Director Chad Oban, whom she said “is always honest with me. Brutally honest.”

“No organization has been a stronger ally for the Department of Public Instruction than North Dakota United,” Baesler said, “and no individuals have been better helpmates than Nick Archuleta and Chad Oban.”
Baesler was a vice principal, library media specialist, classroom teacher and instructional assistant during a 24-year career in Bismarck’s public schools, and she also served on the Mandan school board for nine years. During that time, she was a member of the Bismarck Education Association, and as state superintendent, “I remain a current and proud member of North Dakota United,” she said.

“We focus on what we can control, and that is the work that we do each day, the effort that we put into providing a top-quality education for our students, and top-quality service to our state’s citizens, to our taxpayers. All of you have been doing, continue to do, and will always do outstanding work, and I thank you for your tireless efforts.”

President Archuleta introduced our 2022 Friend of Public Employees award recipient, Scott Miller, as a key ally in the fight to protect defined-benefit retirement plans for all public employees and educators.

“Scott began his public pension career in 1998 as the Assistant Attorney General assigned to NDPERS, the Teachers’ Fund for Retirement, and the State Investment Board,” Archuleta said. “During his career he has worked with public pensions as inside counsel, outside counsel, a consultant, the Retirement Program Administrator for the City of Phoenix Employees’ Retirement System, and now as the NDPERS Executive Director. Scott understands the importance of sound fiscal management of our health and retirement plans, and he also knows what a critical role benefit plans play in the recruitment and retention of public servants.”