ND United member teaches only high school course in U.S. where students can fly an airplane 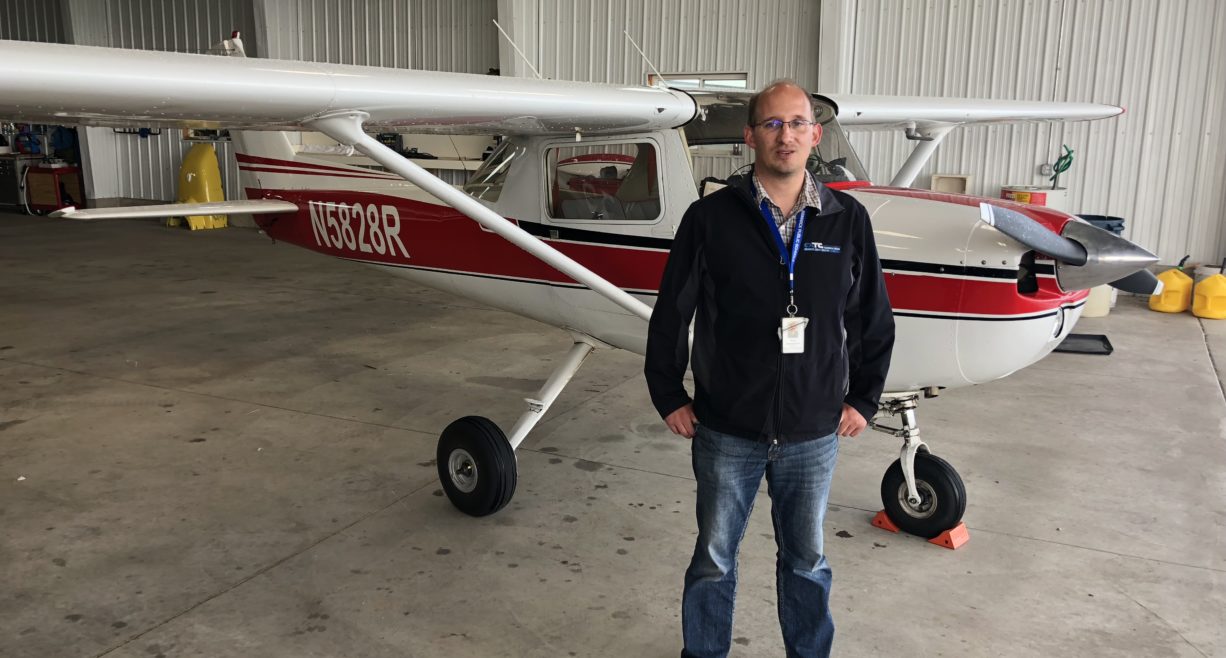 It looks — and sounds — like an ordinary day at the airport.

Under the watchful eye of aviation teacher Brad Stangeland — this “school” day is anything but normal.

“He doesn’t have his drivers license yet actually he’s getting it in two weeks, and it’s great that he can be in the airplane just flying even before he can drive,” said Corinna Glatt, parent of Braxton Glatt, one of the student pilots.

Braxton started in the aviation program through Bismarck Public Schools at the Career Academy last year. He’s one of the high flyers Stangeland talks about when he gushes about his students.

Gabe Hagerott is another. Hagerott has already flown solo and is working toward his pilot’s license. He’s grateful for Stangeland’s guidance and the program.

“Most people say if they didn’t have the Career Academy they would have to go to, say, UND or another college out of state to start the flight training process and that’s college, not high school, so we get about a two year jump on them,” Hagerott said.

Stangeland, a Bismarck Education Association and North Dakota United member, is in his fourth year with Bismarck Public Schools. He says the aviation program saves the kids a lot of money–and more importantly allows them to explore their interests.

“When they actually, especially when I teach them how to land it’s like they finally get it and they’re doing an awesome job and they can duplicate results over and over and over and then you start throwing scenarios at them for like emergencies and make them think outside the box and all this other stuff and they just thrive on it that’s a huge, huge proud moment for me,” Stangeland said.

Hagerott puts it best. “It’s just a rush. It’s kind of like being in the clouds is one of my favorite parts, staying near it of course, not in it but it is just there’s nothing like it you know being up high and just looking at everything it’s so beautiful it’s just amazing,” Hagerott said.

Bismarck Public Schools is the only high school program in the U.S. to offer a course where high school students can fly an airplane. It’s worth noting the class is a reality through a Robert and Lois Watts grant.

The use of the airplane is thanks to Dr. Bob Scarlett.