At the Edge of Tech Ed 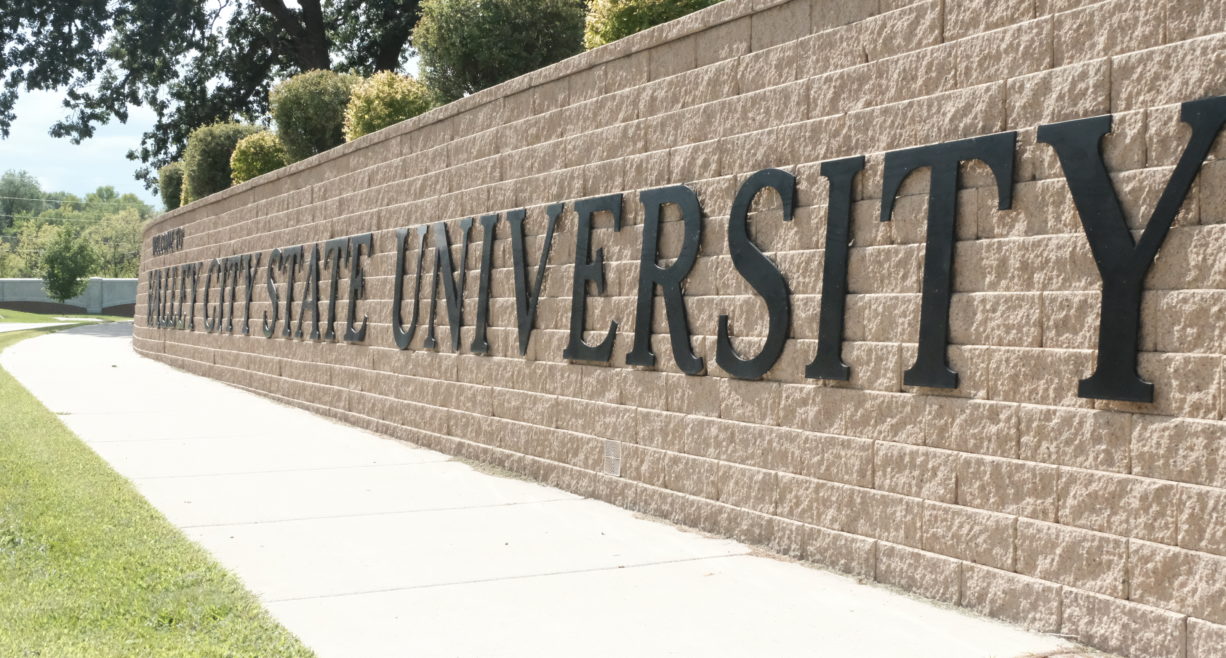 Home ＞ Article ＞ At the Edge of Tech Ed
Posted in

For almost 130 years, Valley City State University has been serving its central mission of training teachers for their careers in the classroom. Traditionally, that preparation comes inside the four walls of a classroom. But, for the VCSU Department  of Technology, that preparation most often takes place online to nontraditional students living all over the country, and across the world.

“I have personally worked with students in 37 states,” said Dr. Peder Gjovik, associate professor and chair of the technology department at VCSU, and member of North Dakota United. “And I have a student teacher in Cameroon this year. That’s my first international student that I can remember working with.”

Gjovik has been involved with the department of technology, since he was a student at VCSU in 1975-77, training to be an industrial arts teacher under his mentor, Dr. Don Mugan. In between his tenure as a student at Valley City State and returning there to adjunct teach in 2006, he owned and operated several printing and graphics businesses, taught in a two-year college graphics program in Wyoming for 21 years and received his master’s degree in industrial technology from the University of North Dakota.

He began teaching full-time at VCSU in 2008, and was named department chair in 2014. So, he’s seen first-hand the maturation of their online pathways to career and technical education licensure program.

“The concept for this program actually started back in the ‘90s under Dr. Don Mugan,” Gjovik said. “It was at a time in the ‘90s when there were some pretty serious changes going on as far as what was considered the traditional industrial arts.” And in 2000, VCSU became the first completely online undergraduate program in the U.S. to offer initial licensure in standards-based technology education, thanks to the vision of Dr. Mugan. “He wrote a grant to the federal Department of Education,” Gjovik said, “(which) basically shut the program down for two years and they rewrote the curriculum to make it an online curriculum for training teachers all over the country.”

A lot of larger universities didn’t believe, at that time, that you could teach hands- on technical-applied concepts from a distance, Gjovik said. “You have to be around tools, you have to be in the lab, you have to have direct supervision,” he said. “Dr. Mugan didn’t necessarily believe that. And he pulled together a team of some wonderful, visionary educators. Dr. Mugan was really the visionary; he saw 15-20 years down the road.”

In 2007, VCSU added master- degree options in Secondary STEM (Science, Technology, Engineering and Mathematics) Education, Elementary STEM Education, and Career and Technical Education. “After that, the STEM movement came along,” Gjovik said. “We  were the leading institution in the state that actually brought STEM to the state and that was, again, Don

Mugan’s vision. He wrote a grant … and his vision was to have a North Dakota STEM network. So, he brought in all the other universities. We did trainings, we taught them what STEM was in our view of STEM, as a methodology (and) as a way of teaching.”

Recently, a Master of Arts in Teaching was also added, which allows a teacher certification pathway for those with non- teaching bachelor degrees. VCSU is now uniquely situated as being online and accessible to students wherever they may be, geographically and in their lives and careers. “We’re the only undergraduate initial licensure program that’s online in the country,” Gjovik said.

“In many respects I think we’re better known nationally than we are locally at times,” he said. “In 2015, I was invited to do a presentation to the Mississippi Valley Technology and Engineering Educators Association (MVTEE). And as I was being introduced by the CEO of International Technology and Engineering Educators Association (IATA), he referred to Valley City State as ‘IATA’s shining star’ and (also) referred to ‘Valley City State’s grand experiment.’ So that’s how we’re recognized nationally, doing something that nobody else has figured out how to do it – especially at the undergraduate level – to prepare those teachers.”