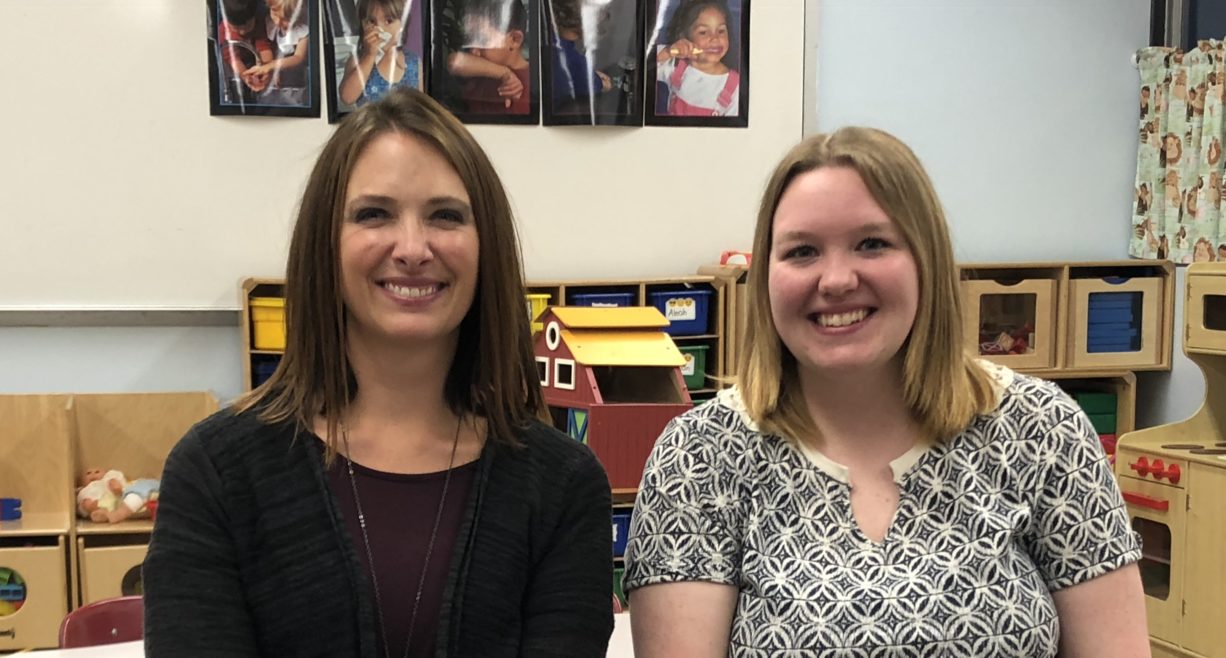 As a cold wind whips across the prairie students inside Ashley Public School are cozying up to a good book.

If it looks like some of the students in Jessica Schmidt’s class are a little old for third grade — you’re right.

Schmidt’s third graders are paired with Wendy Bichler’s eighth graders — collaborating on a story writing project. One of the biggest benefits is one-on-one time.

“They’re able to talk with someone and sometimes third graders aren’t the best at having a good beginning, having a good middle and an actual ending like that is the part that third graders forget the most,” Schmidt said. “They think, I’m done, there doesn’t have to be an ending so to have the 8th graders asking them questions engaged in their story — that helps the third graders a lot because it helps with their ideas and creativity.”

It’s a lesson in mentoring and leadership for the eighth graders — and gives them an opportunity to put soft skills like collaboration, community, creativity and critical thinking to use.

“But most of the kids are they just go and they start asking questions,” Bichler said, “they ask how their day is going to start it off. They get them going which is also a teachers relief especially elementary instead of trying to give all those directions it’s so much easier they have that one person already there to be helpful.”

It’s also a lesson in student choice in this student-led learning environment.

“Sometimes when they have that older student it’s less scary for the third graders,” Schmidt said, “because they can just have their stories going in their head and tell someone else and they can write it down — do the typing for them — and eighth graders can type fast enough to keep up with what the third graders are saying, and then it’s not just the one or two sentences and I’m done because they’re letting their ideas flow and not worrying as much about the actual writing of it.”

“You learn communication, you learn how to have those face to face conversations with students,” Bichler said. “The other part of collaboration, too, whether it’s in my classroom and even I suppose when we go and present is you’re responsible for something, you are responsible for getting your portion done. You’re responsible for having that story ready for meeting those requirements to be able to show it to that audience.”

The cross-grade collaboration also frees up the teachers time, allowing them to move around the room guiding students. And the older students develop relationships with the younger students, building school community.

Bichler says her advice is to simply not be afraid to reach out.

“It can get lonely and you can be fresh out of ideas,” she said, “but just asking hey what are you doing in your classroom like what’s going well, what’s not working and you can apply it to your classroom and that’s the biggest thing — teacher community — you need it can be so lonesome and it can be just drag you down but when you find people you can work with it makes it so much easier.”

By the way — those stories the third graders were writing? They’re about losing their homework and having to tell their teacher what happened to it. This day, the wind blew it away.