A Shelter Belt for Higher Education 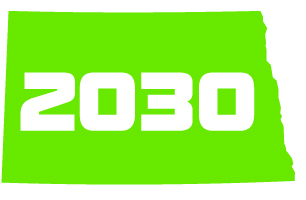 There are certain moments in time when cultural, economic and political factors zero in on the same point, often resulting in substantial changes. For the last few years, one such point has been higher education in the United States.

In North Dakota’s recent history, several efforts have been made to analyze trends and perspectives on higher education, apart from regular strategic planning at North Dakota University System and each of its 11 public institutions. In the 1990s, the “Vision 2000” effort took place, followed by the “Roundtable” of the early 2000s. Each found unique challenges and successes, and helped set the tone for the recent Envision 2030 initiative.

Originating as a one-day summit in 2016, the initiative sought to bring together as many leaders as the fire-code capacity in the Brynhild Haugland room at the state Capitol would allow. Shortly after the day’s proceedings concluded, it was obvious to all involved that it was only the beginning. The subsequent two years reconfirmed that all the constituent and stakeholder groups of higher education – business owners, community members, faculty, legislators, staff and students – each had their own respective outlook and needs. What may be surprising to some is that there was also considerable overlap among those outlooks. Unsurprisingly, that overlap was all about people.

Those people-focused goals could be articulated as: 1) give students choices; 2) protect our workforce; and 3) stabilize them both into the future. The Envision 2030 effort has already made significant progress to that end.

The initial one-day summit evolved into listening sessions and grew naturally into a consensus-building initiative that will likely look far past 2030 as it matures. For now, efforts have produced results for the first two goals noted above by encouraging our institutions to provide more responsive programming and by fully embracing competitive benefits for faculty and staff. In those ways, students, faculty and staff can feel more at ease to “spread their roots” here, rather than be compelled to look outside the state for educational and employment opportunities. But, it’s hard to aim toward those goals when the budget outlook can be so tremendously affected by our commodity-based economy.

Sometimes, when one is faced with a challenging task (or challenging three tasks), it’s best to look to the past to find answers. The picture of history that compelled us the most came out of the Great Depression era: shelter belts.

At that time, cultural, economic, environmental and political factors caused near-irreparable change to literal and figurative landscapes across the country. After Dust Bowl conditions wore away natural resources throughout the Great Plains, a simple answer was put into place involving a natural barrier that would work against the winds of change; a barrier to keep those resources in place and allow roots to take hold.

Today, our remarkable agricultural sector still relies on shelter belts for protection against erosion of natural resources. But, it’s time to create another force of protection, this time against the erosive threat of out-migration. In short, our faculty, staff and students are essential resources who will help build North Dakota’s future. But, what happens if they don’t have a protective barrier to keep their choices and livelihoods intact?

Envision 2030 has helped propose that protective barrier, with a Higher Education Stabilization Fund that could serve to preserve and foster growth in our landscape of public postsecondary education. Better yet, precedent exists for such funds in states similar to our own.

The first example was created in Texas in 1876, with the Permanent University Fund. This “sovereign wealth fund” began with the gift of 2.1 million acres of land in western Texas that generates funding through oil and gas leases. According to its most recent independent financial report, the fund stands at roughly $20 billion and provides yearly disbursements to 27 entities throughout the University of Texas and Texas A&M systems, amounting to 50 percent of the state’s public student enrollment.

A similar fund has was created in Alaska in 2012, when its legislature forecast similar challenges that we face now: outmigration and increasing attainment needs for current and new jobs. To address that, the Alaska Higher Education Investment Fund was created with a $400 million initial investment that now helps sustain and protect Alaska’s most valued resources: its people.

While a fund such as this would serve to provide a stabilizing influence for higher education’s funding model here, it’s a topic that will affect many and deserves more attention. Tens of thousands of North Dakotans are positively affected each year by our system, and if this Higher Education Stabilization Fund “shelter belt” were to positively affect more, then it’s worth starting the conversation. We look forward to hearing more thoughts on this topic, and to working with the Governor and members of the Legislature on this, and more.