A Focus on ‘Winning the Play’

Science teacher Cory Volk finds success in the classroom and on the football field by tackling every problem, one at a time 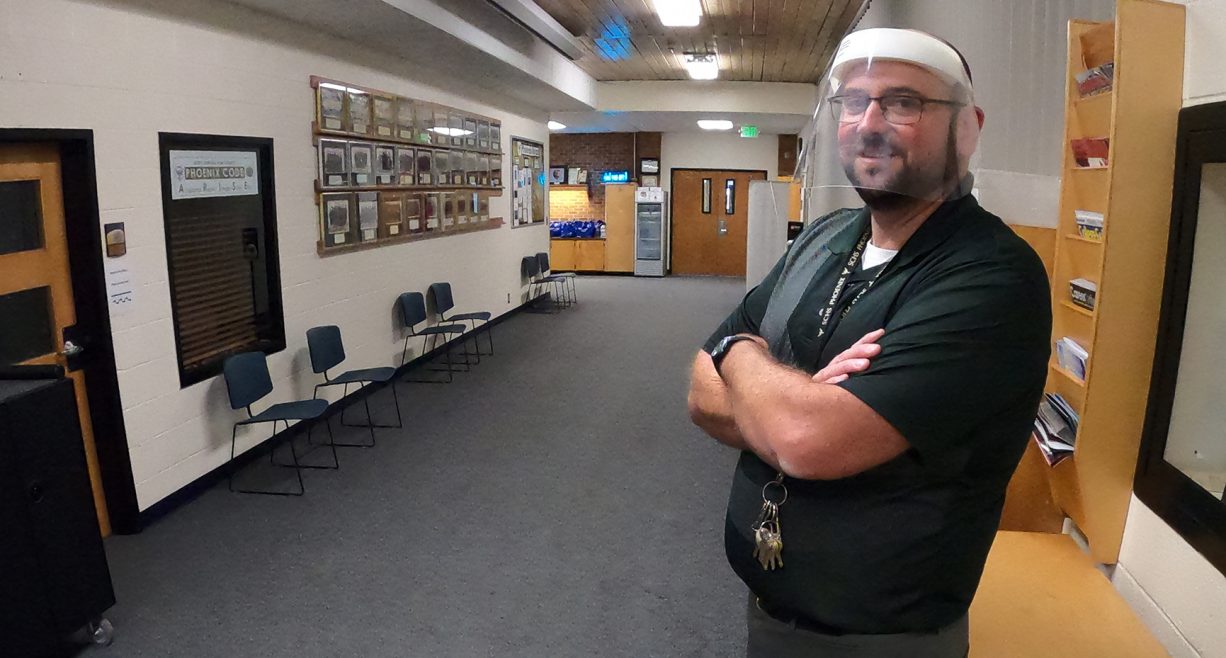 Home ＞ Article ＞ A Focus on ‘Winning the Play’
Posted in

Cory Volk’s parents were both educators—and when it came down to him picking a career path—he had two choices.

“My mom and dad were both teachers, and I also worked for my uncle on the farm a lot,” Volk said. “So really, those were the only two jobs that I knew was farming and ranching and education. And I knew I was really bad at farming and ranching. I didn’t really like it. So I kind of this was my only choice.”

Volk made the right choice. The 2021 North Dakota Teacher of the Year finalist works here at South Central High School in Bismarck. He says the greatest gift you can give students is to teach them how to learn. His experience as a coach translates into the classroom and the individualized learning environment at South Central.

“I coach offensive line at Century and I tell them I have no idea how to win a football game,” Volk said. “It’s too complicated. There are too many things, but I know how to win a play. And if you do this on this play, you’re going to win the play. And all we ever focus on is winning the play. So with these guys right here, there’s probably like ten things that have to be done for a unit. And we just take it one at a time.”

Volk knows research points to the importance of relationships with students as the number one factor to positively impact each student’s learning. And those relationships over his 20-plus-year career are what keeps him coming back.

“It’s always worth it when you bump into those former students and they’re young adults and they’ve got their lives and their kids and their jobs and they want to brag to you and they want to tell you that, you know, being in your classroom was an impact of positive force in their life, and that makes it all worth it,” Volk said.

Volk is also an active member of the Bismarck Education Association and has been at each school he’s been involved in. He says it’s awesome to be a part of BEA and to feel the energy of the positive impact they make on kids and on the district. “And I’ve always felt like to be involved and to be that person who fights the good fight to defend our right to have a working environment that we feel is safe and is compensating us for our time and energy. You’ve got to be a member. You just do,” Volk said.