Geography Teacher Charts Path to Becoming Teacher of the Year 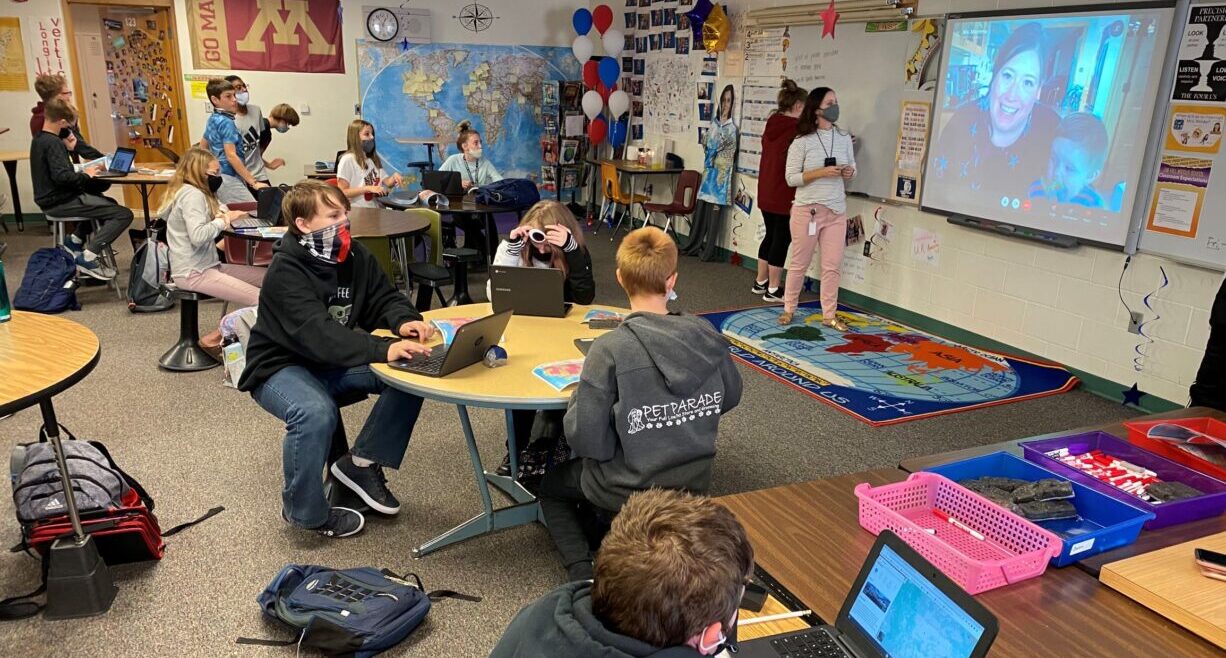 North Dakota’s 2021 Teacher of the Year — Kristi Reinke — nearly chose another career path out of college.

“I graduated from Minot State with a degree in criminal justice, Kristi Reinke said. “And right after graduation, I moved out to Washington, D.C. Worked for one of our United States senators out there.” But a few months into the internship … the unthinkable. “And then 9/11 happened. And very shortly after I ended up moving back to Minot because my priorities just switched. I wanted to be back near family,” Reinke said.

Back home, a series of events led her to the classroom, first at the Burdick Job Corps Center, then as an education support professional, followed by seven years in special education before settling in as a world geography teacher at Jim Hill Middle School in Minot. “I feel like truly, if I would’ve just started right away teaching in social studies, I wouldn’t have understood, you know, the other all the different types of students,” Reinke said. “And I really think getting that experience, working with all different types of students, I think it just makes me a better teacher.”

Reinke says much has changed in her teaching career. She says some days content is the last thing she and other educators are teaching. “And we know their home environment, you know, on their days where we walk into school and we see somebody and we know that they haven’t had breakfast yet” Reinke said. “So we reach into our drawers and we make sure that they have breakfast and we make sure that they’re OK. And I think just that’s what teachers do now. We feel so much more than just teachers, you know, actually, just some days I have some call me mom.”

She says if we all knew what some students go through each day it would break our hearts. But as the teacher of the year, she hopes to also shine a light on mental health for educators. “I’ve seen them working harder than I’ve ever seen at work, and they’ve always worked very hard. But, I mean, they’re coming in early. They’re staying late. We have teachers that are teaching six straight hours in a row, but then some are online, some are face to face” Reinke said. “And then on their one planning period, they’re creating videos for those students that are home quarantined. Teachers have just been working so hard. … I’m just concerned that they’re going to burn out because at some point you’ve got to take a little break.”

Active in the Minot Education Association and North Dakota United, Reinke prioritizes using her voice for educators. She says her rock-star co-workers keep her coming back to Jim Hill. And the bonds she forms with her students.

“I mean, I had a great compliment even just today from an ESP that was in my classroom,” Reinke said. “You know, she just came in and said, ‘You know, so-and-so just loves being in here. This is like the bright spot of their day, which just makes you feel so good because if you know that it’s a student that doesn’t like school and doesn’t want to be here, the fact that they show up right away in the morning to your class and, yeah, it’s kind of cool. Little teeny things like that is what makes the rest of your day.”